hinThe NBA Hall of Fame Class of 2020 was long overdue, thanks to the ongoing pandemic. While the widespread coronavirus restriction was one reason to delay basketball’s highest level celebration. The tragic passing of basketball legend Kobe Bryant put a hold on the annual Naismith Memorial Basketball Hall of Fame celebration.

Originally set for April 4, 2020, the NBA Hall of Fame 2020 was held last night. And one of basketball’s biggest nights was filled with the heaviest emotions. Among the inductees were Kevin Garnet, Tim Duncan, and the late Kobe Bryant. Here’s how it went down.

The NBA Hall of Fame Class of 2020, an Event to Remember.

The 2020 Class of NBA Hall of Fame was unlike anything that happened in the past. The event was pushed back eight months due to the coronavirus pandemic. This year the event took place at Mohegan Sun, Connecticut instead of the Basketball Hall of Fame Museum, Springfield.

Among the attendees were some of basketball’s biggest names, including Magic Johnson and Michael Jordan. But one person who stole the show was Vanessa Bryant, widow of LA Laker’s superstar late Kobe Bryant.

Kobe Bryant retired from the NBA in 2016. The Basketball Hall of Fame was set to induct him last year, in his presence. However, in a tragic turn of faith, Bryant lost his life along with his daughter Gianna and seven other passengers in a helicopter crash in California in January 2020.

Michael Jordan, the NBA legend presented the award to Kobe’s wife Vanessa who attended the ceremony with her daughters Capri, Bianka, and Natalia. Vanessa gave a heartfelt tribute to her late husband and congratulated him for achieving the success he’s always dreamed of.

And the Inductees Are… Apart from Kobe, eight others were the inductees of the NBA Hall of Fame Class of 2020. The former Boston Celtics and Minnesota Timberwolves forward Kevin Garnett and San Antonio Spur forward Tim Duncan were among the players going into the hall of fame list. 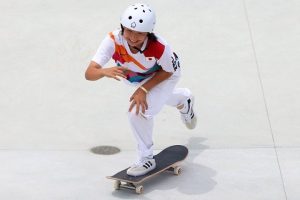