Fighting against all odds, defeating corruption or eradicating unethical activities, sounds like a superhero’s “to-do” list, doesn’t it?

But what if the authorities are so powerful and are doing everything wrong? What if they are abusing their power or acting suspiciously?

There are dozens of people around the world who are experts in exposing information and doing everything wrong. There are people playing with the authorities.

These people are whistleblowers. Whistleblower also known as betrayer is a person who exposes any kind of information or conducts activity that is illegal or unethical.

Fraud, corruption and unethical activities are interconnected with a whistleblower or a betrayer.

However, there are some people who expose information for the good of their country and people.

Technically, they are also called whistleblowers for doing unethical works, but are respected by others for their bravery.

In this article, let’s go through some of the famous whistleblowers (good and bad) who were able to change the history: Edward Snowden, a 29 year old system administrator became one of the famous whistleblowers in history.

Snowden was a system administrator with the consulting firm Booz Allen Hamilton.

The firm contracts with the NSA, so Snowden had access to records showing that a NSA program secretly monitors the phone and internet records of citizens and foreigners.

In 2013, Snowden left his job with a U.S. defense contractor for Hong Kong, taking with him 10,000 documents detailing the U.S. surveillance device.

Snowden leaked classified NSA information, mostly regarding global surveillance programs without authorization, become one of the biggest whistleblowers in history.

He provided thousands of documents to journalists who eventually published pieces based on that information.

The Department of Justice has since charged him with espionage and theft of government property.

He is living his life in Russia which has granted him refuge through 2020.

Whether or not Snowden is a true whistleblower. He is also called as leaker by many people rather than someone exposing corruption or illegal activity. 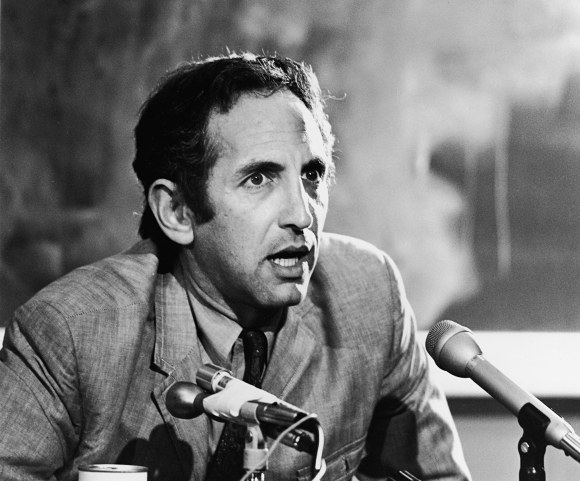 Daniel Ellasberg is a whistleblower who worked at the State Department and who apparently leaked the Pentagon Papers.

The papers contained detailed about the United States’ political and military involvement in Vietnam between 1945 and 1967.

This classified document revealed the Johnson Administration had lied to the public and congress about the extent of the U.S. involvement in Vietnam.

The papers also revealed secret bombing missions in Cambodia and Laso, as well as coastal regions of Vietnam.

The documents were photocopies Ellsberg was able to make during his work. At first he tried to convince Senator Fulbright to release the paper.

When they denied, he sent the documents to the New York Times, which quickly received a court order forbidding them to publish any reports.

Eventually, by doing this whistleblowing act, he became a sneaker or whistleblower in front of the government’s eye. Bardley Manning, a 25 year old guy who worked as Army intelligence analyst became another famous whistleblower in the history.

He approached WikiLeaks with what would prove to be the largest trove of confidential U.S. military data in history.

The end result of his whistleblowing was a critical revaluation of American war policy.

Manning is currently facing trial and could spend the rest of his life as a whistleblower or betrayer behind bars of theft, aiding the enemy and violating the Spying Act. Jiffy Wigand was the Vice President of research and development at the tobacco company Brown and Williamson.

During his work, he said to be aware about the company’s executives knowingly approving the addition of carcinogenic and addictive products to company’s tobacco.

A few years later, he publicly accused the company of intentionally manipulating its tobacco blend in order to increase the effect of nicotine.

Must say, he did sometime truly brave job by coming out with the truth. But for the company, he was a whistleblower, who rejected all the whistleblowing policy.

Wigand received harassment and death threats as a result of his whistleblowing act. Reality Winner, also known as one of the whistleblower, used to work as a U.S. military contractor.

Winner was able to obtain a document about Russia’s interference in the 2016 election. She made the documents available to the publication The Intercept.

Authorities caught Winner because of metadata found on the documents which revealed the printers she uses.

Winner spent five years and three months in jail for betraying her company and whistleblowing about the government. Kathryn Bolkovac was a police officer whose company worked with the U.N. in Bosnia in the early 200s.

Bolkovac, discovered that members of the peacekeeping forces were involved in sex trafficking, exploiting local women and often coercing them into prostitution.

She risked her life to come forward and reveal the abuses in court by suing her employers.

Bolkovac belongs to the category of whistleblowers who did not do any illegal activities, but leaked the information for the benefit of her country. Mark Felt is also famous as the godfather of whistleblowers for leaking the information about presidency.

Back when the Watergate scandal dominated the headline of every news channel, Mark Felt became a whistleblower on presidency.

He provided all the information on Richard Nixon’s malfeasance that ultimately forced Nixon to resign the presidency.

After his whistleblowing act, Felt was kept secret for 32 years before being revealed in 2005.

The Best and Biggest Fourth of July Fireworks Around The U.S.
Labor Union: Why Do Workers Need It