If there was no Google, one wouldn’t be able to find out every information around the world easily.

Needless to say, but we owe more than half part of our success in the last few decades to Google.

We must consider ourselves lucky enough to belong to this era where everything can be done just by one click.

So, can you imagine how hard it would get to solve queries of our lives if there was no Google?

Will you agree if I say that we humans have been so much affected by the internet that we rarely use our brain?

For every little thing, no matter how intellectual or stupid it is, we prefer Google than to use our big head.

Google has become an inseparable part of our lives, but what if there was no Google at all?

To give you our perspective today, we have brought something different for you, hope you give it a read. Google is a huge company employing more than 30,000 people.

Not just the search engine, there are wide range of applications offered by the company such as Gmail, Google Docs, or Drive.

With the help of these applications we communicate with our colleagues from wherever possible.

But, what if there was no Google? How would we pass the information to our team mates?

If there was no Google, we would have to constantly held meetings with our team mates regarding every issue either small or big.

We would have to give every details verbally to our team that we could communicate via Gmail.

Seriously, imagine how much time it would take to arrange meetings and be formally present there irrespective of time, length and content. In the world of internet, we prefer text rather than face to face communication even when the person is right in front of us.

I would say communication as a good part if there was no Google actually.

What would you do if there was no Google? To find the information, people would talk to each other more often.

People would often meet up in big groups and discuss the things that were usually found in Google.

Forums would start to get bombarded with small queries.

Instead of goggling everything they wanted, people would try to discuss about issues in a more reasonable way and no offense use their brain a little bit more than usual.

Logical interaction and logical answers would have come out while communicating if there was no Google. Thank God, Google has provided us with application called Google Docs where we can save and share tons of files.

But, what would happen if there was no Google? Without Google Docs, we would have to go back to our ancient age where people would collect big pile of files in their office.

We would have to handle thousands of papers every month and eventually make a big mess out of it.

Managing and sharing the documents would become so unwieldy, it would cause a big tension in every office.

Honestly, companies do keep tons of paper works at the office and still manage them.

But with Google Docs it has been lot more easier to keep record of files and to manage the less important ones.

That does not only save time but also save more that could have been wasted on papers and wasting papers means hampering environment.

So, somehow by using Google applications we are saving our environment from degradation. Making more has become easy with the help of Google AdSense.

But what would happen if there was no Google? Advisements would have been really difficult for companies.

Companies would create big posters and banners and paste it all over the country.

They still do these ATL activities which is frankly quite effective too.

But what for the small enterprises who have no budget to spend on those expensive posters and banners?

If there was no Google, more than half of the companies’ advertisement revenue would go down.

* If there was no Google, you would say Yahoo could have taken its place or different alternatives would have definitely come. But this is just an assumption we are trying to make through our blog. 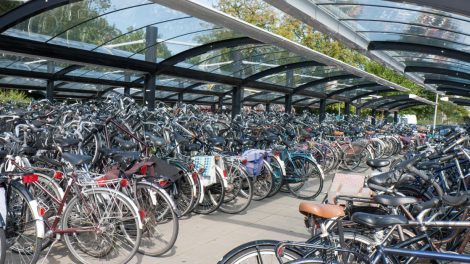