Robert Trump, President Donald Trump’s youngest sibling, died at the age of 71 in New York City on Saturday night. The younger Trump got hospitalized on Friday, with officials saying he was seriously ill. That said, there is speculation that the cause of his death is related to Covid-19. However, sources claim that his death has nothing to do with COVID-19.

The loss of a sibling is incredibly difficult and the grief never leaves.

Rest In Peace Robert Trump. May God hold the Trump family close to His grace. pic.twitter.com/FayvBMOCoB

Following Robert’s death, Donald Trump paid him a tribute with the statement:

“It is with [a] heavy heart I share that my wonderful brother, Robert, peacefully passed away tonight.“

The President visited his brother in a hospital in New York the day before his death. The exact details about Robert’s illness are yet to know. On the other hand, as per the reports of The New York Times, Robert recently had gone through brain bleeds.

Uncle Robert, we love you. You are in our hearts and prayers, always.

Also, this was not the first time that Robert had to battle between life and death. In particular, back in June 2020, he had to admit in the intensive-care unit of Manhattan’s Mount Sinai Hospital for more than a week.

Similarly, President Trump’s son, Eric, described his uncle as a man with many qualities. In particular, he remembered his uncle, Robert with the tweet, Writing:

“Robert Trump was an incredible man – strong, kind, and loyal to the core. Anyone who encountered him felt his warmth immediately. He will be deeply missed by our entire family.“

Who was Robert Trump?

The youngest child of Fred and Mary Anne Trump Robert Trump was born in 1948, two years after Donald Trump. Robert Trump spent the majority of his career working for a family real estate company, becoming a top executive.

Unlike his brother, Robert was out of the limelight and lived semi-retired life in New York. Robert married twice, first with Blaine over a decade ago, and to Ann Marie Pallan in March this year.

Coming November 3, American voters will decide if Donald Trump will remain in the White House for another four years or not. Trump is once again running for the presidency, battling against former vice-president, Joe Biden.

As per the polls conducted by the polling companies, Joe Biden has a good chance of winning the next presidential election. However, the real-time result is not as reliable as things change very quickly, especially when Donald Trump is involved.

Similarly, a University professor Allan Lichtman, who made correct predictions for the US election for almost 40 years, predicts that Joe Biden will win the presidency. Litchman also confidently said that there is no need to pay any attention to the polls, pundits, or the campaign.

Although history suggests that the incumbent always does better in the US presidential election, Donald Trump can be an exception for the 2020 election. As per the critics, two issues could hurt Trump’s race for the presidency. Firstly, his handling of the coronavirus pandemic and second – race relations.

The coronavirus pandemic escalated this summer. Similarly, the race relations made it to the headlines later this spring after a policeman killed George Floyd, a black man. However, we have to wait until the end of 2020 if these issues are going to hurt the presidential race of Donald Trump or not. 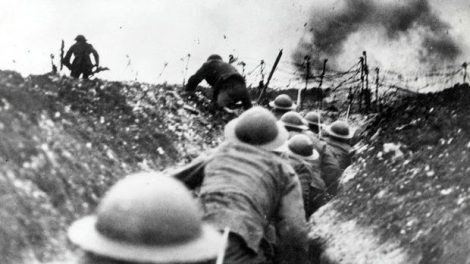 Communism: Basics one ought to know
Rapper Kanye West’s walk to US presidency