The eternal relationship between humans and music needs no explanation. Every culture, every country has its songs and is cherished everywhere in the world by every people. Hence music has no language and what we need is a musical heart to acknowledge its magic. Likewise, music sees no age bar as well. Even small children clap their hands and groove to music whereas oldies sync their feet with the music. Music can move us in every sense we possess. And surprisingly we just do not know why and how. The musical abilities of humankind have put scientists in a mystery that even Charles Darwin ranked them as “one of the most mysterious with which he is endowed”. Why do we make music, why do we like it, and how do we even perceive it?

Well, yet another time we are getting to hear that our brain has the exceptional potency to predict the upcoming melody while listening to music. According to researchers at the Society for Neuroscience our brains automatically predict how the melody will end. Here is what you might want to know more about the research.

More On The Research

A pair of new studies from researchers at the Society for Neuroscience report what happens electrically in the brain when we indulge in listening to music. Combining, the two studies describe how listening to musical melodies activates an intriguing prediction/recognition system in or brain. The results were way intriguing. When there is a pause between notes, the brain predicts and anticipates the next note on the way. Co-author Giovanni Di Liberto, speaking to Inverse, says the study is about more than just music. That it provides a new look at how imagination may work.

In addition to that, “The brain is constantly one step ahead and matches expectations to what is about to happen,” said Niels Chr. Hansen, a fellow at the Aarhus Institute of Advanced Studies and one of two lead authors on the paper. “This finding challenges previous assumptions that musical phrases feel finished only after the next phase has begun.”

How was the research carried out?

To have a better insight into the brain’s response to music. Studies utilized electroencephalogram (EEG) recordings of participants as they listened to Bach melodies. Neuroscience studies mainly use fMRI scans. However, the authors of the study say they were interested in electrical activity, the EEG’s turf. But not blood-oxygen levels, which is what fMRIs captures. EEGs capture data much more quickly than fMRIs. Since timing is everything in music, EEG works the best.

The researchers used EEG to observe the brain activity of 21 professional musicians while they were imagining Bach melodies. The researchers used regression analysis to find “imagined neural signals can be predicted accurately, similarly to the listening task, and were sufficiently robust to allow for accurate identification of the imagined musical piece from the EEG.” Simply put, the scientists were able to identify the Bach songs the participants were imagining. 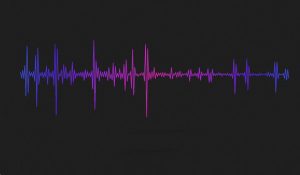 Researchers found the most rigid point to prove is that our brain can predict the upcoming melody.  It was when researchers found that during pauses in the music, EEG activity continued. Which led the researchers to conclude that the participants’ brains were busy imagining the next note. Furthermore, the same type of activity occurred in silent moments of the songs. When there could have been a note but there was a gap instead. There is no sensory input during silence, so this activity comes from the brain’s capability of predictions.

This may be one of the reasons why we obsess over some melodies or songs. This could be because they exactly matched our prediction of note. Or maybe these are the little tricks that musicians already know and use to mesmerize us. 23 Years of The Miseducation of Lauryn Hill: A Quintessential R&B Album The History and Evolution of Music As We Know It