We live in such a task-oriented society that even taking a minute to let your mind drift is sometimes seen as unproductive or idle. Yet, according to a 2010 study conducted by two Harvard academics, we daydream more than we realize—nearly half of our waking lives.

According to Gabriele Oettingen, Ph.D., “daydreams are fancies or mental pictures about the future.” Daydreaming, like anything else, should be done sparingly. Daydreaming can be beneficial to one’s mental health if you’re not overdoing it.

Daydreaming can have the following advantages:

It can improve your creativity. Have you ever noticed that some of your best ideas come to you while you’re not even attempting to come up with them? When we fantasize, our thoughts may make connections that are a little more out there. We have the ability to mix and combine items that we would not normally mix. So, if you’ve been trying to tackle an issue, it sometimes helps relax and allows your mind to wander. 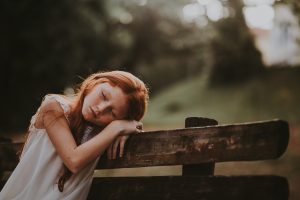 Allowing your thoughts to wander away from perceived tension might help lower anxiety, according to a 2016 study from the University of British Columbia. You can consider it a form of meditation. Rather than forcing the emotion away, acknowledge it, accept it, and let the ideas flow through you.

Relationships may be strengthened through daydreaming.

“When we envision something vividly with pictures, and if we can include additional sensations, our brain doesn’t separate it from reality,” Ellis explains. “If we envision a very emotional relationship with someone, it feels like we did have one to a great extent.”

Those who daydreamed about their significant other experienced “enhanced emotions of love, connection, and belonging,” according to a 2016 study. This study looked at whether daydreaming might be used as a substitute when loved ones were absent. If you can’t see your loved one right now, thinking about them might help you maintain those bonds.

It can boost your productivity.

It’s all about taking pauses, even if they’re mind-wandering ones if you want to be more productive. According to recent research from the Georgia Institute of Technology, daydreamers who were allowed to take even micro-breaks felt refreshed and revitalized. They had newfound enthusiasm to take on their next job. So it might be time to take a short mind getaway the next time you’re weary or stressed at work.

Daydreaming can make you happier at work.

Daydreaming while on the clock has been found to improve your mood. According to a new study, allowing your thoughts to wander after a long work session makes you feel more cheerful. Their conclusion: Daydreaming can improve employee happiness and work satisfaction over time.