Cancer undoubtedly is the deadliest disease to ever exist in mankind. According to a study in 2018, every year 10 million people die from Cancer. Moreover, 26,000 people die each day and it is a cause of 1 out of every 6 deaths. It occurs when a group of normal cells within the body leads to uncontrollable, abnormal growth forming a lump called tumor. The same tumor when left untreated spreads into normal tissues via digestion, nervous system, bloodstream, lymphatic system, or circulatory system.

Despite the fact of how horrible this disease sound. It is estimated that 3.7 million lives could be saved each year. By implementing preventive strategies and early detection and treatment. Even our small habits can help prevent this petrifying disease and here is how.

A high level of exposure to artificial light and screen can uplift the chances of breast and prostate cancer. Artificial light intervenes in our circadian rhythms, which consequently lessens our body’s immunity. Make sure to limit the use of electronics before bed or you can also use a blue light filter while using it.

A cup of coffee to prevent cancer?

According to a study in 2017, the daily indulgence of decaf or regular every day can lower the risk of many kinds of cancers. Moreover endometrial and liver cancer. Coffee has antioxidant and anti-inflammatory properties which are why it can work as an essential preventive measure.

Ask if a CT scan is really important

CT scan is an important diagnostic tool. However, scientists claim that it is being over-used. Going through CT scan’s radiations invite problems like DNA damage and may cause tumor in later life. Hence before going through frequent CT scans, ask your doctor if it’s really necessary.

Yes as simple as that, just wearing a hat can keep the petrifying disease away. Don’t miss putting on a hat even when wearing sunscreen. It covers the back of your neck and scalp where we mostly forget to put on the sunscreen. Melanocytes are responsible for our skin pigment and melanoma is a skin cancer that starts from melanocytes. Likewise, this small habit can prevent melanoma. 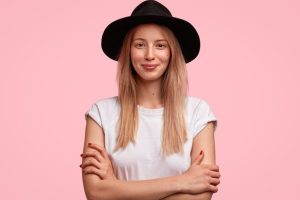 Cut off alcohol, cut off 7 types of cancer

Stand up, move around

Will the COVID-19 Pandemic Ever End?
Food Duos That Have Miraculous Health Benefits