Thea Trachtenberg was the ABC News Network’s employee who was famous for producing the program ‘Good Morning America‘. Additionally, the award willing producer, Thea was awarded Daytime Emmy Award for her Outstanding Morning Program. Unfortunately, the celebrated producer is no more with us, daying at the early age of 51 on April 12, 2020. Although the people around the world are dying of Coronavirus, the case was different for Thea Trachtenberg. As per the reports, the main cause of her death was heart and lung disease.

Thea’s ‘Good Morning America’ show is known for covering significant issues with key personalities from around the world. Additionally, the program covers a wide variety of subjects including health, economics, consumer concerns, computer technology, education, and gardening. Additionally, Robin Roberts, George Stephanopoulos, Michael Strahan are the presenters of the program, which airs in both the ABC news and American Broadcasting Company.

As mentioned above, Thea, until the time of her death was working as a producer for the ABC News Chief Anchor George Stephanopoulos. Talking about her career, in 1991, when Court TV first went on air, Thea Trachtenberg kicked off her career, working as an intern. She conducted live-trial coverage in the control room and created a one-hour documentary about the Tonya Harding / Nancy Kerrigan incident for the documentary unit of Court TV.

Soon after that, she then worked as a nightly producer and was responsible for writing, researching, field producing and crashing hard news pieces every day. Eventually, She joined as a medical producer for the live and tape GMA medical feature segments in 2002. Additionally, she was responsible for researching, producing, writing and organizing all the production elements on medical hot topics.

Before her death, she was associated with the ABC Network’s Show ‘Good Morning America’ as a producer. Particularly, working in the show for eight years, Thea worked with some of the famous anchors like Charlie Gibson, Robin Roberts, Diane Sawyer, George Stephanopoulos and more. Apart from the Good Morning America show, she also worked as a producer for the shows This Week and Howard Stern: The Interview.

Remembering Thea Trachtenberg on GMA, one of her colleagues, George Stephanopoulos said she had a sense of fearlessness. In particular, George remembered interviewing President Barack Obama in the Oval Office for an exit interview.

In the meantime, George also revealed that while interviewing President Obama, Thea was the one to jump in to say “Mr. President, you promised 45” when he told them that they had only 30 minutes for the chat. With this character, she was a mentor for many of her friends and colleagues.

Thea Trachtenberg Cause Of Death: Explained

Although the world is suffering from the deadly pandemic disease (COVID-19), the case is different for Tea Trachtenberg. Additionally, it obvious for people to guess about the cause of death as Coronavirus; however, the prediction is wrong. As per the reports, the main cause of Tea’s death was her underlying bad health condition, suffering from heart and lung disease from long.

In the Honor Of The Late Producer Thea Trachtenberg

Losing a great colleague and friend, GMA anchors George Stephanopoulos, Robin Roberts, and Michael Strahan paid an emotional tribute to late producer. Trachtenberg was famous as a “fearless” producer within broadcasters. Additionally, they believe her as a pillar of the show, working behind the scenes in some of the biggest interviews of the season.

One of her colleague and friend, George Stephanopoulos remembered her, saying:

“Such an amazing human being. Not only was she so much fun to work with, but she is just an incredibly competent, intelligent and fearless producer.“

Adding to the Stephanopoulos tribute, Robin Rober who is also a Colleague of Thea also expressed her sorrow. In particular, she said Thea in a nutshell “and added that she was a wonderful poet who exchanged compositions for Christmas with her colleagues every year.

“She was a mentor to so many on our staff“

Agreeing with other broadcasters, Strahan, expressing his tribute said:

“All the younger producers, they wanted to like Thea,” recalling how Trachtenberg shared her experience with younger colleagues, he continued “Thea will continue to live on through all of those that she has helped, that she has guided through their careers.“

Christian McCaffrey Now Becomes The Highest-Paid Running Back In NFL History; Know About His Salary, Net Worth, and Contract Details
Rynne Stump And The Musician, Danny Carey Is Enjoying A Romantic Relationship; Know About Their Net Worth 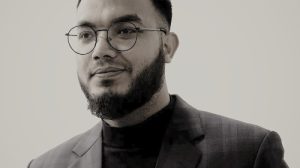