Wikye
Hollywood has made a lot of great works over the years, but they’re not perfect. Here are some of the worst Hollywood decisions of all time.

While Hollywood is a huge force today, it’s not always perfect. Behind many Oscar winners and multi-million-dollar grossing films and franchises are a lot of duds and poor decisions that can derail entire careers. Continue reading to learn more about some of the worst Hollywood decisions of all time.

In 1990, Chris Columbus and John Hughes were working on a new Christmas movie, Home Alone. They were originally working with Warner Bros., but when they exceeded their budget, Warner Bros. shut down production. Luckily, 20th Century Fox stepped in and assumed financial responsibilities, getting Columbus and Hughes the money they needed to finish the film. The film cost about $18 million, which is no small sum. However, 20th Century Fox understood this was an investment and would be worth it. At the movie theater, the film grossed a little over $400 million, and in the years since, it has made much more in merchandising sales, making it one of the most popular Christmas movies of all time.

This decision is less from Hollywood and more from someone working with Hollywood—Forrest Gump author Winston Groom. The studio behind the film paid Groom $350,000 for the rights to the novel, and he also contracted a 3 percent share of the film’s net profits. However, Hollywood has always been particularly shady regarding finances, and Paramount Studios never paid Groom, claiming the film did not make a profit. Tom Hanks, the star of the film, was contracted for a share of the film’s gross income of about $700 million, so he made approximately $40 million. Groom should have worked with an entertainment lawyer who could spot this shady deal from a mile away.

Sometimes, Hollywood and actors alike make poor casting decisions. It can lead to a no-name actor becoming a star and hurting someone else’s career. Sometimes people can make it out on the other side unscraped, but there are so many interesting casting decisions that this must be on the list. Laurence Fishburne turned down Pulp Fiction to instead star in Bad Company, and Will Smith turned down the role of Neo in The Matrix to star in the critically-panned Wild Wild West.

Similarly, Hollywood decided to cast Scarlet Johansson in Ghost in the Shell, Mickey Rooney in Breakfast at Tiffany’s, and Emma Stone in Aloha. Hollywood can get it right sometimes, but other times, they make the wrong decision.

These are some of the worst Hollywood decisions of all time, and while it seems like Hollywood has generally learned from their mistakes, they still make mistakes every day. The industry has changed so much over the last decade, so it seems like there’s a lot of room for even more mistakes in the next few years. However, with all that said, they also make some of the most popular films and franchises of all time and will continue to do so for the foreseeable future. 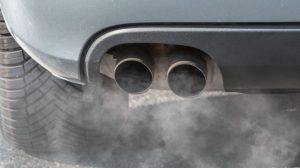