Debates concerning the impact of fast food on health is one thing. But crazy fast food urban legends have occupied unnecessary space on the internet.

Fast food is a popular choice among eaters from every corner of the globe. Additionally, it’s taste and the fact that it is served rather quickly should be two primary reasons of its popularity.

Down below are 12 craziest fast-food urban legends. No one is aware of who said about this fast-food urban legend. It was rumored that KFC was using an organism, which is a supplement of meat. However, the rumor turned out to be a myth. Instead, KFC, which is a world-class fast food restaurant, uses real chicken. If you have ingested a crispy KFC fried chicken, we shall not explain.

2. Subway and an elephant graveyard Yes, people know how Subway came through the ranks – opening its franchise everywhere. But nobody is sure about its urban legend that is all over the internet. Notably, the claim is about the Subway operating its franchise in an elephant graveyard. Burger King, according to this rumor, doesn’t use sweet potatoes in sweet potato fries. As per the rumors, this fast-food, as they say, is regular fries with added sugar and orange coloring.

Customers are questioning the validity of this rumor. However, they are yet to discover a hint that could transpose this rumor into a fact. This rumor will get you into a dilemma. This sounds as if it’s a fact until you guide your eyes onto the ingredients’ lists. The hefty amount of as much as 490 calories of energy in milkshakes could have possibly evolved this rumor. There were several claims that McDonald’s burger patties contain several parts of a cow. But there is not enough evidence to accept this fast-food’s urban legend.

However, McDonald’s, a renowned fast food outlet worldwide, claims that they use only the meat-containing parts of a cow to make patties. McDonald’s deals with another rumor yet again. In particular, the breakfast service at McDonald’s featuring sandwich is said to be using fake eggs.

One with little knowledge about the production of fake eggs might doubt it. But, McDonald’s via several videos has tried to shut this rumor.

7. Tim Hortons use the drug in their food The rumors that Tim Horton’s coffee has the nicotine is so widespread that it has been made on Snopes.com, a website that confirms or exposes urban legends.

With the clarification, the site released about the fact saying:

“Tim Hortons does not include nicotine, MSG, an unusually high level of caffeine, or any other additive.“

Besides, Canada’s fast-food service is well contributed by the taste of Tim Horton’s coffee and doughnuts. And, somebody must have praised them in a sarcastic tone – all we could guess.

8. You pay for horse meat in Taco Bell There was an instance in the UK when Taco Bell used 1% of horse meat in their ground beef. That was it!

In the US, however, no Taco Bell chain was ever found doing so. They haven’t repeated this mistake for another time in Britain either, after that.

9. Wendy’s served a finger in its chili A claim from Anna Ayala in 2005 led to the birth of this fast food urban legend. As a result, the company had to suffer a massive loss of revenue.

The lady was arrested for the false claim later the same year and served four years in prison despite being sentenced for nine years.

It is said that she used her dead aunt’s finger to create such a scene. I can’t believe one does that! Starbucks commenced its journey in the fast-food market in March 1971. However, the actual date when Starbucks got its first order from a customer is confusing, nonetheless.

Wikipedia says it was opened on the 31st of March. Meanwhile, the rumor says its 30th drink is a secret giveaway drink. Additionally, the rumors also suggest that Starbucks used the number as the date of its opening, i.e., on 30th March 1971.

Unless you are the one to be benefited, this is just hearsay.

11. Starbucks is against military This urban legend is a consequence of Starbuck’s denial to supply marines with coffee in 2004.

Starbucks was understood to be not in favor of the US-led coalition on the Iraq invasion. This rumor is more like a harsh judgment. This is an old story that was first told in 1976, of which nobody is sure.

The story goes on to conclude that a woman found out: the KFC she was eating was a deep-fried rat.

This was the first of many such stories targeted at KFC food chains. 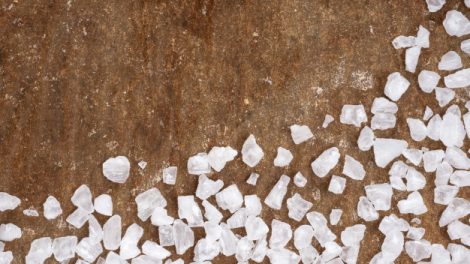