The Founder of Defi Protocol, Zebec Is Disrupting The Financial System.

The traditional payroll system of bi-monthly payouts was something that did not make sense to the founder of Zebec, Sam Thapaliya. In 2017, the Nepalese CEO wrote a paper predicting that the future would see money moving continuously like self-driving cars, backed by a smart contract — but according to Sam, “no one understood.” Then a conversation with friends a few years later sparked the idea to build Zebec, a Defi technology built on Solana that ensures timely, uninterrupted payment processes and streams.

“The things that can be built on top of Zebec, we haven’t even thought of yet. Imagine one day, paying for your Netflix by the second. And only paying for the seconds of the content that you have watched.”Sam Thapaliya, CEO of Zebec

“Right now we’re focusing on payments, but over time it will open up to payments outside of payroll to subscription and other markets as well.” Zebec has also created ZAApps: A fully functional one-stop app store for DeFi projects on Solana.

To watch Sam Thapaliya’s full interview on The Blockchain Hustler, click the video below. 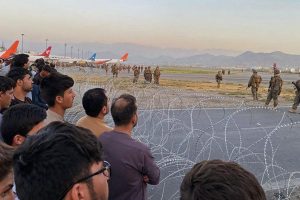