Beers are a big part of anyone’s trip. And the first thing a beer lover does when he/she arrives in a new country is to try local brew.

Everyone loves Asia for the beautiful beaches, fascinating cultures, and of course cheap beers.

In fact, there are a variety of beers that everyone loves in Asia.

Therefore, if you are planning to travel to Asia, here are the some of the top beers in Asia you should consider to drink. Tsingtao Beer manages to secure a position as one of the top beers in Asia.

This Brewery got its start in 1903 in China’s northeastern port city of Qingdao.

At the time, foreign powers had carved up China, and Germany had established itself as the colonial power in Qingdao.

This light lager is China’s premier beer gaining a foothold on the Southeast Asian markets as well as in Europe and the United States.

Tsingtao is sold in more than 50 countries and regions around the world.

Today’s Tsingtao is tangy and drinkable with a slight aftertaste of industrial run off from the Laoshan Mountain. Another beer in the list of top beers in Asia and one of the most famous among all, Tiger beer originated in Singapore.

This pale larger has 5% alcohol by volume and has been one of the world’s acclaimed beers with numerous awards.

Tiger beer is great to drink while dining at a hawker food. This Korean-brewed beverage has the hallmarks of a “fresh” tasting beer that masks its 4.5% alcohol content.

Hite has remained Korea’s most popular and is one of the top beers in Asia since 1996 when it overtook the beer OB.

This beer is made by Hite Brewery, which sells beer in about 30 countries, including Japan, Mongolia, the US, and China.

Hardcore drinkers would dismiss the beer as watery.

But its freshness after you eat plenty of food helps you clear your burned plate. India’s most famous bad beer, ‘The King of Good Times’ is the Kingfisher.

The premium pale larger is made by the country’s biggest brewery, United Breweries.

King Fisher beer is skunky almost to the point of cringe-worthy for regular drinker but still manages to be a nice to compliment delicious cuisines.

With complex flavor and 4.95% alcohol volume. Kingfisher is liked by many for its crispy and light taste and is one of the top beers in Asia. Singha is known as Thailand’s first beer and one of the top beers in Asia, after being established in 1933.

It is said to be refreshing, and despite its considerably strong 5% ABV, it’s surprisingly easy to guzzle down.

You can probably try this beer with curry, as the clean and crisp taste pairs really well with traditional spicy food. San Miguel is another beer in the list of top beers in Asia and one of the most common beer which is very drinkable.

The Philippine’s national beer, impeccably brewed to satisfy the needs amongst the most resilient drinkers.

Brewed by San Miguel Corporation dating back to the late 19th century, this lager is world famous beer.

With a 5% ABV, San Miguel beer has become Asia’s top selling beer and has won numerous awards as well.

The best thing is that San Miguel beer is very cheap compared to the high priced micro-brews. Asahi super dry was launched in 1987, triggering a craze of dry beer and helping the company usurp Sapporo as Japan’s second largest brewer.

The pale larger has 5% alcohol content. While others grumble about its alleged lack of taste, many praise its nice, crisp and refreshing finish.

Asahi recommends that Supper Dry to be served between 40 and 43 degrees Fahrenheit.

Also, advices drinkers to pour the beer into a chilled, clean glass, and make sure that glass is foam. OB Blue is one of top beers in Asia and South Korea’s best selling beer.

Better remembered as OB, this beer began shipping to the US in the 1980s.

OB Blue was the unquestioned leader in Korea’s beer market until mid-1990 before Hite took the market.

The pale lager, with its 4.4% alcohol content, has a clear, fresh taste, thus making it easily drinkable.

Harbin Brewery beer was established in 1900 and is one of the top beers in Asia.

Primarily this beer aimed to provide refreshments to tired Russians who were on the Trans-Manchurian Railway project.

Later, in 2004 Harbin Brewery beer was purchased by Anheuser-Busch brewery, the company who manufactures Budweiser.

In 2006, Anheuser-Bush started selling Harbin Beer in the US through America’s largest distribution channels. Sapporo beer began exporting to the U.S in 1984 and since then it is one of the top beers in Asia.

Originated in Japan’s northern island of Hokkaido, Sapporo beer is one of the most popular imported Japanese beer.

In the US, the company sells three brands. One is 4.9% alcohol-by-volume Sapporo Premium. When deciding where to book your next trip, those looking to have fun and explore nature should consider the beauty of Lake Travis in Texas. The Hawaiian Islands have a lot to offer. There’s so much to see and do on these lush tropical islands. If you’re planning a trip to Hawaii, there... 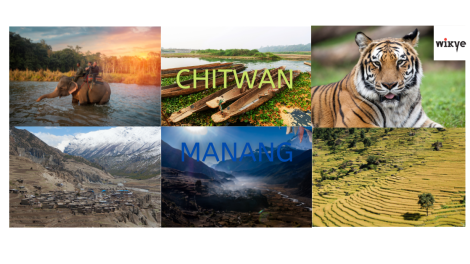