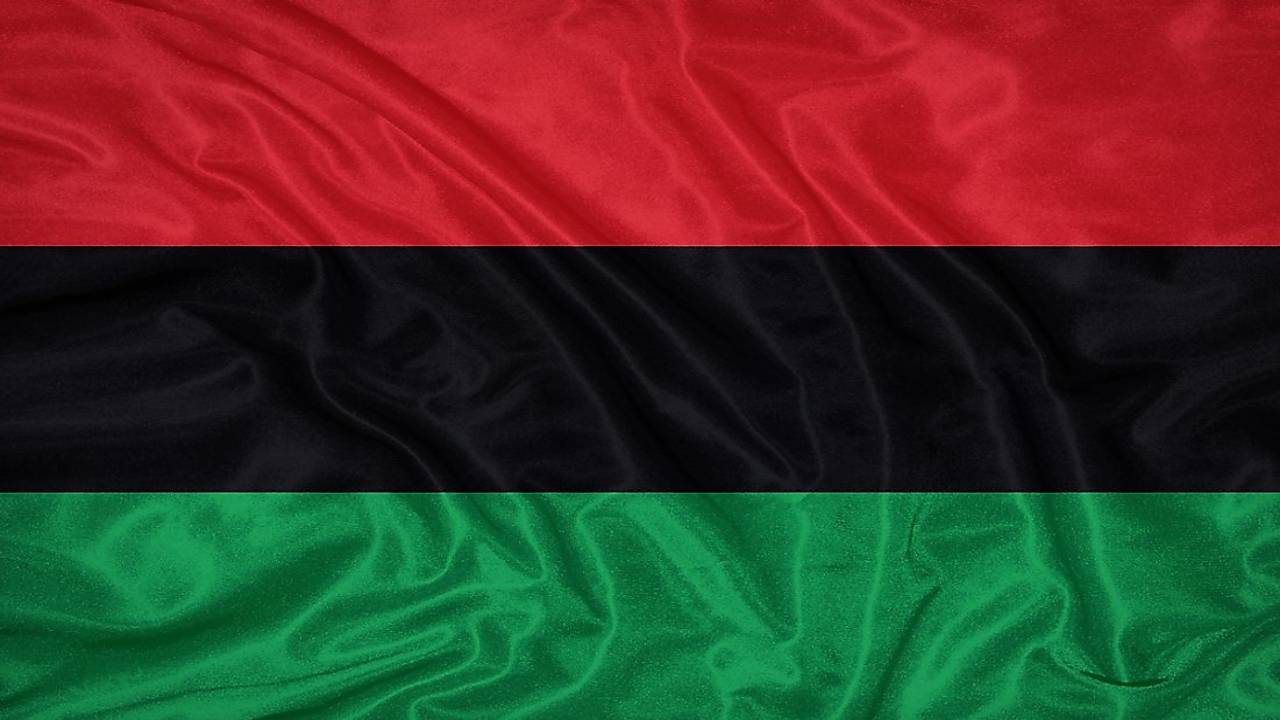 The Pan-African Flag has one too many names to know it as but all of them serve as one: to recognize the significance of black lives. The flag that represents the liberation of black people has three colors; red, black, and green.

Hence, these colors aren’t just mere hues that sit horizontally next to each other. It represents the history, struggle, and freedom of Africans. Today, to celebrate Black History Month, we’ll discuss what is the Pan-African flag and what does it represent?

What is Pan-African Flag?

It was formally adopted by the Universal Negro Improvement Association and African Communities League (UNIA-ACL) in 1920.

The members of UNIA came up with the idea of the Pan-African flag after the song “Every Race Has a Flag but the Coon” became popular. Coon songs were a genre of music that discriminated against people of color and stereotyped black culture.

Thus, in response, Marcus Garvey, the founder, and general-president of UNIA came up with the flag. The flag of Ethiopia was the inspiration behind the creation of the Pan-African flag. Ethiopia was the only independent African nation besides Liberia during colonization.

Representation of the Colors.

The Pan-African flag consists of three colors, red, black, and green. According to UNIA, the red represents the” color of the blood that black people shed for liberation and unites all people of Black African ancestry”.

The black represents “black people whose existence as a nation, though not a nation-state, is affirmed by the existence of the flag”. And green represents the “abundant natural wealth of Africa”.

However, Garvey drew inspiration from other nations and their battle of liberation to create the Pan-African flag as well.  For him, the red was for the sympathy for the “Reds of the world, Green for the Irish and their battle for freedom, Black for all the black people.

The Pan-African flag became a symbol of Black Nationalist to represent the liberation of Black people worldwide. Today, people wave the Liberation flag usually during parades, civil rights rallies, and other important events.