Nearly three months ago, the world celebrated its biggest LGBTQ Pride Month- a time of celebrating love. Throughout June, cities around the world hosted LGBTQ activist marches in honour of LGBTQ pride.

In many countries today, people are free to join these marches, marry whomever they chose, and openly show their love. Thanks to all those LGBTQ activists, without whom the LGBTQ rights movements would not be where it is today.

In honour of Pride Month, Global Citizen celebrated the brave activists fighting for LGBTQ rights. We certainly should know about the inspiring champions, without whom there would not have been a Pride Month.

Here is a list of LQBTQ activists of the past and present you should know if you are interested in Pride Month: Marsha P. Johnson was an LGBTQ activist, drag performer, sex worker, and model for Andy Warhol. She was black, queer, and a transgender who fearlessly advocated for her rights and right of LGBTQ community.

Johnson is sometimes referred to as the “Rosa Parks of the LGBTQ movement.” She was a key figure of the 1960s gay rights movement in the US. Also, she threw the brick that ignited the infamous Stonewall riots, which were the catalyst for the movement.

Sadly, in 1992, her body was found in the Hudson River which was ruled as a suicide.

If you certainly do respect the Pride Month, you should remember this remarkable activist for her contributions to the LGBTQ community. You can also watch a recent Netflix documentary, The Death and Life of Marsha P. Johnson to know more about her. 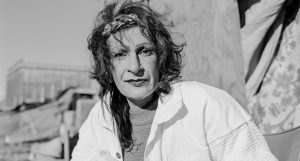 After her mother died by suicide when Rivera was 10 years old, she turned to sex work. Rivera lived a turbulent life, struggling with drug addiction and homelessness. In spite of that, she was always vocal about the LGBTQ rights and forceful advocate for change. She was once arrested for attempting to climb through a window into a room where the New York City Council was debating gay rights.

Rivera was one of the first people to highlight that LGBTQ movement needed to be more inclusive of people who did not fit in the mainstream. Harvey Milk, the subject of the Oscar-winning film Milk, was the first openly gay politician to be elected in California. He was assassinated in 1978, but during his short tenure in office, he pushed legislation to ban discrimination based on sexual orientation. The bill passed with just one dissenting vote by Dam White, the city superior who would go on to shoot and kill Milk. 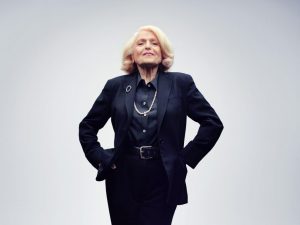 In 2015, the US Supreme Court ruled that same-sex marriage is a constitutional right. This landmark wouldn’t have been possible without the strong and vocal LGBTQ activist, Edith Windsor.

After a 40-year engagement, Windsor married Thea Spyer in Canada in 2007. Two years later, Spyer passed away leaving everything to her wife. At that time, the US did not recognize same-sex marriage. So, Windsor had to pay taxes on Spyer’s estate far beyond what a heterosexual spouse would. She has dedicated her work to fighting for Cameroon’s LGBTQ community and founded the Association for the Defense of Homosexuality in 2003. She and her colleagues are constantly in danger due to the work they are doing for the LGBTQ community. 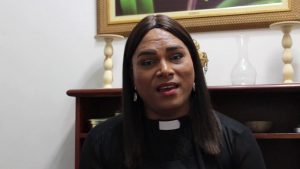 Alexya Salvador is a leader in running the LGBTQ community. She is a transgender woman in Brazil, where violence against LGBTQ people has reached an all-time high.

If you truly respect the Pride Month which happened all around the world, Salvador is someone you should remember. 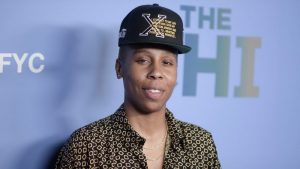 Waithe is a talented actress, writer, and producer. In 2017, Lena Waithe made history as the first black woman to win an Emmy for comedy writing. But rather than revelling in her historic win, Waithe, who identifies as queer, used her acceptance speech to deliver an inspiring message to her LGBTQ family.

She often uses her spotlight moments to advocate for the LGBTQ community. Earlier this year, she wore a rainbow cape to the Met Gala, a bold statement in the face of the event’s religious theme. So, if you don’t belong among people using pride month just as a medium of entertainment, you should seriously admire these LGBTQ activities for their work. 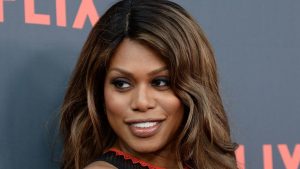 Laverne Cox is best known for playing Sophia Burset on Netflix’s Orange Is The New Black. She is a black, transgender woman and the first transgender person to be nominated for an Emmy, and a proud advocate for LGBTQ rights.

Cox has always been vocal about access to health care for LGBTQ communities and has particularly championed the rights of transgender people. Clause McKay was a key figure in the Harlem Renaissance literacy movement and wrote Home To Harlem in 1928. Because being gay is illegal in Jamaica, McKay never wrote about his own sexuality, but it is widely thought he was bisexual. In 1919, he moved to London and as a socialist began writing for the Workers’ Dreadnought. Michael Sam became the first openly gay football player to be drafted by an NFL team in 2014. While his draft was a historic first, Sam’s time in the NFL was discouraging. Sam was passed from team to team and eventually had to leave. About a year after he was first drafted, Sam retired from the NFL citing mental health reasons.

Sam’s struggle being a gay highlighted the discrimination and homophobia which is still rampant in the sports world. Nevertheless, Sam has gone on to share his story and continues to champion change for the LGBTQ community.