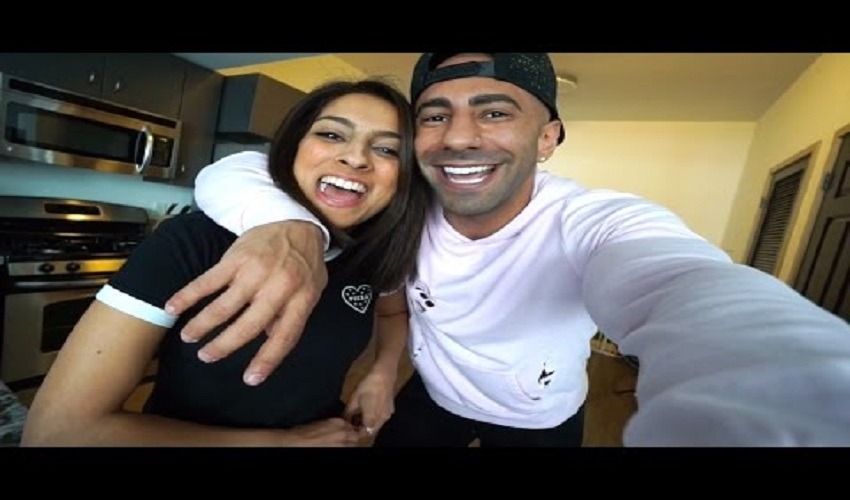 While YouTube has become one of the biggest social platforms for people to gain fame, many people are emerging as Youtubers. People have chosen Youtube as one of the most significant income sources. One of the best emerging personalities on the platform is Yousef Erakat.

He is a well-known Youtuber with about 10 million followers worldwide. His Youtube videos are a mixture of entertainments and provoking ideas, which makes him one of the best Youtube personalities of the world. With the mix of pranks, fitness, and motivational talks, it is clear that this Youtuber sees things from a different angle.

He was born on the 22nd of January, 1990, in Fremont, California, the United States of America. He belongs to the American nationality and Palestinian ethnicity. His zodiac is Aquarius. Although he is well known by the name Yousef Erakat, his full name is Yousef Saleh Erakat. Also, people know him by the names fouseyTUBE and fousey.

The famous Youtuber, Yousef Erakat, has dated multiple social media personalities until today. He was in a relationship with a popular Internet personality Lilly Singh before the year 2016. Also, they often appeared on each other’s YouTube videos and vlogs. However, the information about their relationship was private, and they mentioned it to their close friends only.

Then, Yousef got seen with a social media influencer named Alycia Tyre in the year 2016. After their relationship got confirmed in September 2016, they started making YouTube videos. But, Yousef confirmed their breakup in December, which disappointed their fans. He also mentioned that she deserved the world, and he couldn’t be a better guy to her.

Moreover, he was also in a relationship with Daniela Banikova. They got into a relationship while Yousef was on tour for the Middle West. Also, they had a collaboration and started a fundraising project for people suffering and dying from cancer. However, they parted and moved on their ways.

In the present context, Yousef is currently dating Simmi Singh, who is a famous Youtube vlogger. Their relationship got announced in 2018. After the official announcement of their relationship, they started to post pictures on social media platforms. Before they started dating, Simmi and Yousef were good friends.

After Yousef started making Middle Eastern videos on Youtube, his popularity went to the height. Before that, most of the videos that he posted were about fitness. However, he had multiple channels related to workouts like P90x. Because of his popular motivational videos on Youtube, he was on the 3rd number of “40 Inspiring Muslims Under 40” in the year 2012.

His popularity rose to the peak while he released his first single in the year 2015 named “Prideland.” After that, people began to know him by the name fousey. Likewise, he also released a vlog on the channel called DOSEofFousey on the same day. Also, he started posting multiple prank videos, which gained millions of followers on the YouTube channel.

Hence, he became one of the most celebrated YouTube personalities by posting motivational videos, fitness routines, and prank videos.

Although Yousef has not been a part of significant movies of Hollywood, he has appeared in a film named Natural Born Pranksters, which is a comedy movie. Also, he has appeared on a TV show called The Secret Saturdays and NigaHiga. He has also played in We Love You and Twin Blocked. Hence, he has an acting career too.

Although Yousef Erakat is a famous personality, he does not live a happy life. He has serious health problems in which he has bipolar disorder, depression, and addiction.

In a concert, he even said that he was giving up on his YouTube channel, which has more than 10 million followers. However, there are certain rumors that he mentioned the fact for making his fans engaged and to gain more views on his channel.