The winter is upon us. You must be feeling it difficult waking up for your morning class.

A blanket doesn’t seem to be enough while you are trying to fall asleep.

And, you must be thinking it’s too cold to do anything.

Believe us, there are places which are way too cold than your room is.

Let us take you through 8 such coldest places on Earth you should know about today. Careful, some facts may freeze your mind! 5610 ft. above sea level, Rogers Pass resides on the Continental Divide in Montana.

Rogers Pass experienced a record low temperature of –70 o F (–57 o C) in 1954, the lowest ever amongst the contiguous US region.

Only 5 other places on earth have recorded lower temperatures. Prospect Creek is 643 ft. above sea level and is a tiny settlement.

It serves as the Pump Station 5 of the TAPS, which recorded the lowest ever temperature in America.

Despite the change in the temperatures, this place still offers life to some wild animals. In winter, no any place in North America gets as cold as the village of Snag with subarctic climate.

It is now third on the list of the lowest ever temperature recorded in North America. Eismitte which is also called Mid-Ice in English was found to be the coldest place in the whole of North America in 1931, during an expedition.

Too cold to even think right now! Unbelievably, the warmest temperature throughout the expedition was a freezing – 1.8 o C on July 9 the same year.

February is the coldest month in the region, meanwhile, July is the warmest. Longyearbyen is an urban East Norwegian town and a home of 2144 people, according to 2015 census. With 1000 permanent residents, it happens to be the world’s northernmost settlement.

You can, undoubtedly, visit this beautiful city of Norway but staying there for longer could be a tricky scenario. The British owned research station in North America, North Ice is the coldest place in the entire North America until today.

2341 meter above sea level, this ice-occupied region is not a settlement area at all now.

It takes a courageous heart even to bother thinking about going there, meanwhile, stepping a foot there is just out of the question for an ordinary human. Vostok Station is among the most isolated human research stations in Antarctica, founded by Soviet Union in 1957.

Vostok Station is one of the coldest places on earth right now with a yearly average low temperature of –75.7 o F.

This landmass of snow is not a permanent settlement but some brave ones, still, travel there – for some specific purposes. Located 745 m above the sea level, this region is a residence to an estimated mere 900 people.

This is, without a doubt, one of the coldest places on earth in 2019 as well.

The average low temperature from June to August, nevertheless, rises over the freezing point of water.

Your room is not as cold right now, is it? If you had to travel to any one place amongst the list, where would you go to?

A difficult question, isn’t it? You can reconsider because some places are, yet, accessible.

You Can Also Read: https://www.wikye.com/amazing-places-to-visit-for-solo-women-travelers/ 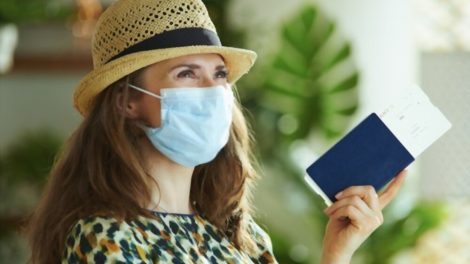 The debate over whether to get the vaccine or not is already over. What’s trending is the people who are fully vaccinated. Congrats if you are... Incredible Famous Architectures That Will Blow Your Mind

Just like as much as we are surrounded and fascinated by nature. Likewise, human-made architectures also have their own essence and awe. Hence, it is...

Know Seasickness, and Kick It Away Throughout Your Cruise
Best Places to Be in Your Christmas Holiday 2019