The highly speculated Windows upgrade is due this year. On June 24, Microsoft organized a virtual event where it officially unveiled Windows 11. After six years, Microsoft announced the upcoming upgrade, which will have minimal visual design changes. The focus is centered on performance and the app store which will put Microsoft strong against the competitors like Apple. Besides, there are typical security improvements like in every other upgrade. As per the officials of Microsoft, the new Windows will empower developers, creators, and users who rely on Microsoft for computing services.

You can use Android apps on Windows 11

Microsoft has been working to reduce the gap between phone and PC. And many experiments have failed in the past years. It did come up with ‘Your Phone’ through which you can link your phone to the PC and access gallery, contacts, and messages and make calls as well.  The plan to link phones with PC becomes more solid with the new app store. It collaborated with Amazon Inc. to roll out the powerful Microsoft store. Moreover, the Amazon store is embedded with the Microsoft store. So, we may see trending apps like Uber, TikTok, Snapchat on our laptops soon enough.  In addition to Amazon, Microsoft is working with Intel Bridge Technology to make this a reality. The store is a great opportunity for the developers as Microsoft promised not to take any commission cuts from the apps. In this regard, Satya Nadella, CEO of Microsoft, says ‘Windows has always stood for sovereignty for creators’.

Cutting down the extra troubles people must go to switch back between phone and computer, it will certainly save people’s time. In fact, the accessibility feature deems of an innovative way to indulge mobile users in the computing world.

The start menu is centered on the taskbar and the menu icons and display styles are changed. Another noticeable thing is the rounded corners in the rectangular frames. Even a slight change like this has improved the overall looks. Microsoft removed the search area from the taskbar, and you can find it at the top of the Start menu.

You will also find Snap groups, a new feature that will help to multitask with different apps. In addition, users can snap apps into different modes. This feature will come in handy for users who work with multiple linked monitors or displays.

Microsoft Teams like Apple’s FaceTime will now come with the OS rather than a different software. It is more easily accessible from the taskbar allowing quick calls.

Likewise, widgets are a great attraction for users. You can see the widgets by hovering over the widget icon placed beside the time area on the right-hand side in Windows 10. With the latest upgrade, the widgets will now slide in from the left-hand side. The widgets can even maximize to full screen.

Microsoft is also coming up with enhanced features in XBOX gaming. Tom at The Verge says Auto HDR which if true will greatly enhance the gaming experience. Furthermore, DirectStorage will cut down the game loading time which is a relief for the gamers. Live gaming has become a trend and Windows 11 has xCloud in store for that.

Windows 11 is not just a regular upgrade. The timing and features that it has promised look like Microsoft indeed did thorough research on the potential areas before rolling it out. The covid crisis developed a “work from home” culture leading to demands of high-performing systems. Likewise, online streaming has been dominant recently. And the app store can be a complete game-changer for Microsoft. Windows 11 stands out in our expectations and will contribute to expanding the consumer base.

Also Read: Clubhouse: Everything You Need to Know About The Invite-Only App 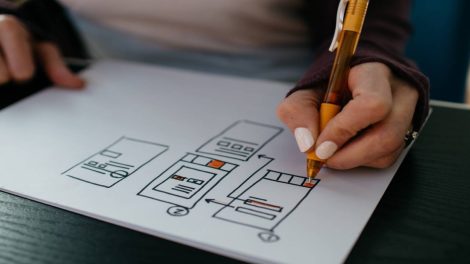 Top 8 Machine Learning Startups to Watch Out for in 2021
What Is Extended Reality Technology?