It’s one of the biggest countries in the world, it gave us Hollywood and burgers, and the truth is that it does a lot of things differently. We are talking, of course, about the US. When interacting with people from other countries, Americans seem to be confused by some things (like we are confused by the obsession of Americans with baseball).

Not everyone speaks English

One of the things that Americans don’t understand is that not every person in the world speaks English. When American citizens visit other countries, they usually think that every person they meet will speak English. And although a lot of people do, not everyone is obligated to. Moreover, most Americans don’t know other languages other than their own.

Not everyone lives in the US

A few years ago, a friend of mine used to play an online game with players from other countries. During the game, the players would chat. When the discussion came to the eventual “where are you from?”, only Americans asked him “in what State is that?” It seems that some US citizens don’t have a good relationship with geography. Some think that Africa is a country, not a continent, others that Greece is a place in the US. In some countries, tipping is included in the price. But in the US the standard practice is to give generous tips. Actually, a lot of waiters and waitresses depend on that extra income. That explains the generosity of American tourists, even in countries that isn’t really needed.

Most Americans don’t get paid leave

In most countries, working people get up to 40 days of paid leave per year. That is not the case with the US. Most Americans don’t get paid leave, but they may have about 10 days of national holidays.

Misconceptions about other countries Sure, the US dollar is a strong currency, but it can’t be used everywhere. Sometimes Americans are wondering why they can’t use dollars in some countries. Well, that’s because when going to a country you have to use the country’s own currency.

Americans need their personal space during a conversation. For some Europeans for example, a pat on the shoulder when talking with someone, is normal. It may not be normal for an American, though. Americans need to feel that they have the space to express their opinions without the anxiety that proximity might cause.

How to call a university

Americans usually refer to all high educational institution as colleges. That is confusing to people from other countries who know for example that Harvard University is, well, a… university -and a prestigious one as well- and people should call it that.

Portions are smaller in other countries One thing that puzzles Americans a lot when they visit other countries is the size of portions. US super-sizes everything. Soft drinks, snacks. Size does matter when it comes to food and Americans feel strange about the fact that everything seems so smaller in other countries. That has not only to do with food but with other things as well -like the size of supermarkets and other stores.

There is, also, the fact of writing dates differently. In European countries, for example, the norm is day, month, year. For Americans, though, is month, day, year. That can cause a lot of confusion and frustration.

Americans love cold drinks. It’s not that other countries don’t enjoy an iced drink, it’s just that for Americans a lot of ice is better than less. Who hasn’t seen an American teen movie that one of the main characters wasn’t obsessed about becoming a cheerleader? Well, that notion is not big in Europe and the whole cheerleading mentality -the need to dress good, to know your moves, the honor of cheering for your team- is absent. When I studied in England, I used to go to the supermarket and look at the mustards. Well, it wasn’t that there is something extremely fascinating with mustards, it was just the variety that was strange. Imagine that multiplied by ten. Americans love the variety and they might find strange that supermarkets in other countries don’t have their favorite cola cherry or the chocolate they love to eat.

Culinary culture in some countries gives emphasis to the fresh ingredients, the presentation, the ritual of eating. On the other hand, Americans love fast food. There are hundreds of food chains in the US and although they love the variety of flavors when they visit different countries, Americans can’t forget their beloved chicken wings.

Football is not the same When Americans and European say the word football they mean different things. What they call soccer, is football for others and non-Americans talk about “American football”. That can be quite confusing in a conversation about sports. 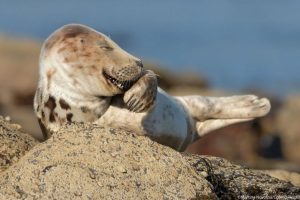