Most of us are familiar with the Disney American animated drama “Bambi”. But what remains hidden behind the curtain is the one who gave life, color, and exceptional tone to it. Yes, I am talking about the unsung hero Tyrus Wong.

Tyrus Wong whose real name is Wong Gen Yeo is a Chinese-American artist. He was a  painter, muralist, kite maker, lithographer, Hollywood sketch artist, calligrapher, ceramicist, and Disney Legend. He is mostly recognized for his work in Disney’s Bambi.

Born on October 25, 1910, his interest in painting and sketching sparked from his early childhood. His father and his teacher were quite supportive and helped foster his skills. Chinese people believed that America is Gim San which means the Golden Mountains or the land of opportunities. Acknowledging this belief, his father decided to migrate to America. Then, Tyrus was just 9 years old. Sadly, due to the Chinese exclusion act of 1882, they had to be held back in Angel Island (Immigration Station). Wong confessed they were the most miserable days of his life in an interview.

Later, he and his father settled in Los Angelos, CA. In 1930, Wong graduated from Otis Art Institution on full scholarship. While studying the art of the Sung Dynasty at the Los Angeles Central Library, he even attended formal western art training. Wong worked at Chinatown’s Dragon’s Den, a popu­lar hangout for artists with a few other artists. This place has a special spot in his heart as he met the love of his life, Ruth.

Wong found his first work at the Federal Arts Project, a branch of the Works Progress Administration, painting oils and watercolors for a small monthly salary. Ruth, his wife suggested he apply for Disney. Eventually, In 1938, Disney hired Wong as an artist. In the beginning, he worked as an “inbetweener” at Walt Disney. He claimed that the work was very tedious and numbing.

At that time, the studio was pre-producing the feature film, Bambi. Hence, Wong thought it was a great opportunity for him to uncover his real skills. He went home and painted several pictures of deer in the forest. Those pictures caught Walt Disney’s attention. Besides, he was quite moved by the touch of Sung Dynasty’s taste in pictures. They were phenomenal and completely unique from Disney’s production. He finally got his chance to work as the background artist of Bambi for 2 years.

Sadly, due to Animator’s Strike in 1941, Wong had to leave Disney. Later, Tyrus worked at Warner Bros’ for 26 years as an illustrator and sketch artist. In addition, he served in many films as a set designer or storyboard artist.

His latest works include handmade and hand-painted kites, which range in size from six inches to 100 feet.

Ironically, Wong’s work was late recognized. In 2001, Disney honored Wong as a legend. He also won Winsor McCay Award in 2005. Additionally, In 2015, San Diego Asian Film Festival awarded him a Lifetime Achievement Award. Although he experienced racism, that didn’t hold him back from being the first-ever celebrated American- Chinese artist.

His extraordinary poetic art is still an inspiration to all modern artists of this era. As high as his kites fly, higher were his passion and dedication. If you are reading this, it’s a sign to revisit Bambi to admire Wong’s art and visuals. 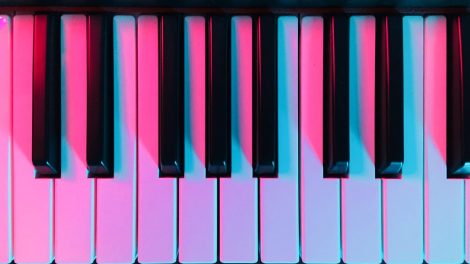 Pitch Perfect Study To Know If We Can Recognize Music Notes

There are numerous tests that test how well we can recognize colors. The test tells us if we are color blind or an average person that can determine...

Looking Back At Some Of Our Favorite Jeans
Dan Brown: Why Should You Read Him?