While KPOP has a global following, its appeal has fueled a surge in interest in Korean thriller films and dramas. Countless hours of romantic Korean dramas or soap operas have been binge-watched by the general audience. Everyone likes the plots in shows that drive people to imagine scenarios in their minds! It is, however, time to change things up.

And this means it is for something a little more solemn and spine-tingling to see. South Korea produces thriller series that will have you on the edge of your seat, in addition to the widespread love of K-dramas and melodramas. These thriller programs have a subtlety that we rarely see on American television. Vagabond is a high-quality stealth thriller with scenic settings, enigma, and suspense, as well as gripping action scenes. In this series, a stuntman who is part of a terrible plane crash reveals a nationwide corruption conspiracy.

They worked with a lot of suspense, especially at the end of episodes, and many intense chase scenes. As a result, this Korean drama has a realistic element to it. As a result, the fact that we have qualms about almost all of the characters contributes to the plot’s gravity.

This drama contains so many unforeseen sharp turns that it is genuinely startling. Even the writing is well-written and clever. So if you make your mind watch it, keep in mind that everything matters, even the tiniest details.

Save Me should be on everyone’s must-see list because of its terrifying thriller plot. The show is unsettling for everyone and plays on a typical narrative dread. This is a gripping Korean drama about a cult wreaking havoc in the country’s remote parts.

The narrative begins with a family who relocates to a suburban town when their business collapses. They are shortly confronted by members of a religious cult masquerading as a church. The deceptive picture they offer soon paralyzes the parents. However, the church is rife with brutality, violence, enslavement, and even murder. Years later, the daughter, firmly enmeshed in the cult, wants freedom and catches the eye of four classmates she met on her first day in town.

The 2019 Korean television series Hell Is Other People is about a young man who settles into a modest apartment. But, unfortunately, he also has to split the kitchen and bathroom with strange and dubious strangers.

One of the things that pulled me in was the main character’s growth as a character. It provides the feeling that you, like the character, are going bonkers. The transition from what he envisions himself to do to the people around him (violent) to what he really does to them (cool and controlled) is very well done. The shifts are also something to respect because of how comparable the character characteristics are created.

The apocalyptic premise, replete with hideous monsters, made this Korean drama thriller a Netflix hit. Sweet Home is a must-see series about individuals of a building who are bound within and afraid of the outside world. The series is like a breath of fresh air from your typical Korean romantic drama.

Suddenly, the world was spun upside down by a debilitating illness that turns humans into the disastrous creatures on the planet. Tenants in the building must find a way to make ends meet while keeping watchful since anybody might turn on them. While possessing all of a monster’s abilities, a grieving male character strives to preserve his decency in the thick of it all.

Again a series revolving around inhumane creatures, Kingdom is a 2019 political horror thriller that has fans talking. The episode marks Netflix’s first foray into producing an original Korean series. The plot is what keeps people interested, and it’s certainly worth seeing. It is set in the 1590s, and it begins with the crown prince detecting a political plot.

To make matters worse, he suspects a shady hand in his father’s murder. In addition to his investigation, he must find the root of a mysterious epidemic. Individuals who die are back to life as ravenous monsters, contributing to the drama’s plot.

For More Suggestions: This Year, Binge-Watch These Four Korean-Thriller Movies 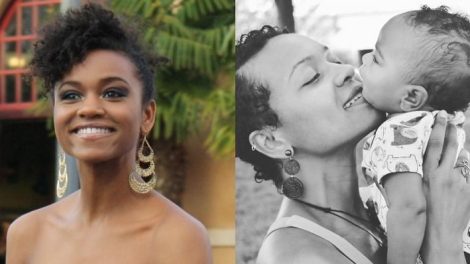 8 Best Hollywood Movies About First Love You Should Watch!
7 Shows That Every Harry Potter Fan Will Love