For you and me, the idea and concept of a relationship may be extremely different. Similarly, I may have my own ideas about leading my love life, while yours may be the same or even other. And that’s fine.

Few factors play a vital role in contrasting thinking on the connection between a man and a woman, either before or after marriage. Typically speaking, in general, western countries bother less and go with the flow with a partner they are with. But, on the other hand, someone who grew up in a society with rigid social norms sees things very precisely and carefully.

And, once again, it’s fine. However, the problem begins to emerge when the two sides of the thought process meet. And it gets much tougher if two people with opposing viewpoints on the relationship get together.

It may sound a bit silly, but strict social rules play a part in convincing people to believe what they are told. Unfortunately, when it comes to being a part of a relationship, society’s standards demand us to follow the rules.

It doesn’t stop there because people who grew up with social norms have trim options for dating, and the type of partner they “should” be is preset. For example, the typical binary gender norms exist in a few modern and nearly all traditional societies. In such situations, the entire concept of love is built on the ability to reproduce. This leaves a wide spectrum of gender and sexual minorities who rely on the idea of love rather than reproduction. Moreover, the taboos and stigmas surrounding same-sex or queer relationships are based on cultural comfort rather than personal preferences.

Another instance could be the gender roles and the therein idea of masculinity and feminity. A picture of men, the masculines’, secreting dominance in the patriarchal society is mirrored in many binary relationships. Such distinction can lead to an emotional, psychological, and satisfaction gap in the relationship. These social rules have been hampering women’s ability to enjoy their desires, as they are bound by strict limits. However, we cannot generalize that men want all of the social norms as well. They are a little more adaptable, yes, but they too have been surrounded by toxic masculinity since their boyhood.

Referring The Cultural Tightness and Looseness

The question of what truly motivates human action has always been a point of conflict. And the fight between culturalists (the first group) and materialists (the second group) continues, with a storm of powerful arguments on a range of topics.

In her book “Rule Makers, Rule Breakers,” culturalist Michele Gelfand highlights one element many people overlook: societal norms or even unspoken rules of behavior. She also emphasizes how difficult it is to join together or even go against society’s written rules. Because people will keep a watch on you 24 hours a day, trying to see whether you cross the “boundaries.”

As a result, such cultural tightness causes a great deal of stress for everyone who wants to be in a relationship, particularly women. Women are shy of losing their “holy” virginity and getting slut-shamed if society discovers it. The case for males, on the other hand, begs to disagree. Men are lauded for their vigor and dominance, and they talk openly with their social circles.

Such differences are no news; women find their pleasures to be a source of embarrassment. But, as it occurs, women are held responsible by society in case of any setbacks that come out of premarital sex.

However, the westernized culture is way different in terms of being in relationships. Unlike culturally driven societies, modern society has given much importance to the concept of satisfaction and pleasure equally to men and women. The loose cultures have weak social norms and are extremely liberal; the ball is in your court, and you may do whatever you want.

But, just as the grass isn’t always greener on the other side, there will always be an emotional void. It frequently becomes more physical in nature and less emotional in nature. People from strict norms will constantly have to compromise since, even if they desire to continue in a relationship, societal limitations prevent them from doing so. In any case, the concept of a relationship between individuals who follow tight societal rules is quite deep. Hard for the average person’s eyes to dissect. So, naturally, this impacts their desires, and they must mentally accept that their pleasure is something they must hide.

Also Read: Relationship Hack: How To Carry On Online Dating While Social Distancing? 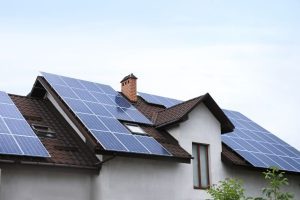 Why Do Incompetent People Think That They Are Amazing?
A Brief History of Metal Music: From 60s To The Present