The Sapeurs is a group of elegant Congolese people who follows and observes La Sape culture. With the phrase coming from the French language, La Sape is a subculture originating in the Africa continent. Specifically, Sapeurs and La Sape culture is centred around Kinshasa and Brazzaville, cities of the Democratic Republic of the Congo, and the Republic of Congo, respectively.

In the middle of the country’s turmoil and utter suffering, the Sapeurs of Congo are committed to a dignified, extravagant, centuries-old sartorial dressing practice. Dressing sense of the Sapeurs is a sight to see and it holds phenomenal cultural significance in Africa. The Sapeurs turn the streets of Brazaville and Kinshasa’s into a fashion runway as they pass through. They have shown the world how to dress and how to carry oneself with elegance, in spite of life’s hardships and struggles.

As mentioned above, Sapeurs are a group of people who follows La Sape culture. Besides, La Sape is a short form of the French phrase Société des Ambianceurs et des Personnes Élégantes. This translates to give the meaning: Society of Ambiance-Makers and Elegant People. Also, Sape is a french slang that means “clothes” or being “dressed up”. And, the adherent of La Sape is known as a Sapeur or, if female, a Sapeuse.

History and Origin of the Sapeurs

La Sape is reminiscent of the early colonial years. French colonial workers, called Bapopo or Coast men, arrived in Congo in the 20th century. The Congolese men who worked with or spent time in France with the French colonists began to take on their dressing style.

As a result, the colonists thought of paying their employees in secondhand garments instead of currency. So, around that time La Sape culture begun to take its shape.

The evidence of history is clearly depicted by the historian Didier Gondola’s essay. In the essay, he wrote:

“Captivated by the snobbery and refined elegance of the Coast Men’s attire, Congolese houseboys spurned their masters’ secondhand clothes and became unremitting consumers and fervent connoisseurs, spending their meager wages extravagantly to acquire the latest fashions from Paris.“

While La Sape culture in the Congo originated because of the slave trade and the French colonisation, Congo’s musician Papa Wemba revived the culture in Kinshasa during the 1970s.

French colonization is not the only reason why the Sapeurs and their culture are still alive. Although Congolese initially inherited the french dressing style, the existence of culture is linked with the Camille Diata‘s movement in Brazzaville in the 1930s. Not only Brazzaville, but the movement also influenced France.

Particularly, Daita was part of an anti-colonial movement formed by Congolese revolutionary André Matsoua in 1926 in France. The movement helped the Africans settle in Paris in the midst of facing racial abuse, imprisonment and deportation.

Even after death, Andre Matsoua left his footprint among the people of Congo. They not only adapted the french dressing sense but also inherited his anti-colonial views. This eventually led the revolution to make both Congos an independent country.

As a result, the economy was too unstable, with many Congolese fleeing to London and Paris, despite facing poor treatment in those places. Fortunately, La Sape provided a refugee for those who coped with the transition to restore their lives in Europe. It soon became the most significant event that made the Sapeurs famous in the world.

Although the wars and struggles throughout the years affected both the Congos, the Sapeurs of Congo represent the region’s prosperity and peace. In particular, the La Sape culture helped the country to return to normal life after years of civil war.

Sapeurs are famous among the people as a sign of better things. Violence and war are attributes that do not balance the Sapeurs’ moral actions. Sapeurs’ ebullience has impacted deprived Congolese youths, leading them to a new cosmopolitanism from the Third World status.

Likewise, Congolese people believe that participation in the community is a way to build self-confidence. Amid colonialism, corruption, poverty, and even civil war, these people have found something refreshing and carefree in which they can take immense pride.

Although Sapeurs wear costly attire, they are not wealthy people. At first glance, a Sapeur might resemble a high-powered businessman. But in reality, Saperus are ordinary men taking up jobs as a driver, electrician, carpenter, and burier.

Although the fashion culture pioneered from Europe, the Congolese have added their flavour to it. There are specific guidelines and standards about what to wear and how to dress. Notably, Sapeurs wear no more than three colours at one time, excluding white.

Despite not being rich, their closet is full of high-end designer wears. In particular, they prefer Versace, Christian Dior, G-Star, Yohji Yamamoto, and Gianfranco Ferré, among others. French crocodile shoes and British sport coats to handmade Italian ties are also famous among the Sapeurs.

However, they do not consider the brand as everything. The Sapeurs believes the dress should fit in perfectly, giving the feeling of confidence and flair. Besides the colours, the Sapeurs mix and match patterns and textures in their dress with all the attention of a mixologist.

Sapeur culture is widely popular and is a genuine and integral part of Congolese life. Alain Akouala Atipault, the government official and a Sapeur, describes the community as:

“The Sapeurs can only exist in peacetime. To me, they’re a sign of better things: stability, tranquility. They indicate that our nation is returning to normal life after years of civil war.“

In spite of repression in the past, today these community carries a greater value in the country. As a fact, the Sapeurs, these days are the cultural heritage of both the Democratic Republic of the Congo and the Republic of Congo. Nowadays, Sapeurs engage in public cultural activities and festivals and receive great appreciation and admiration from their local populations. 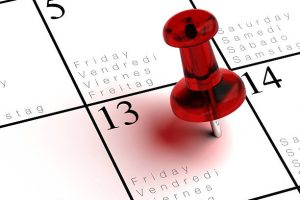 Black History Month: Celebrating the Significance of Black Culture
Past, present LGBTQ activists you should know