The United States of America has had 45 presidents since its founding on July 4, 1776. In March 1789, the U.S. Constitution was officially enacted and the office of the President of the United States was established.

Coming November Americans will vote for the 46th president of the US. The race is set between former Vice President Joe Biden and incumbent President Donald J Trump.

While the election atmosphere is heated in the country, let’s look at interesting facts about the presidents to date. And mind you, collecting interesting facts can lead us to publish volumes of books on the topic. Therefore, we have tried to pick some of the facts to present to our readers.

The first & current president of the United States

George Washington became the first president of the USA on April 30, 1789. He belonged to a farmer’s family and had only a grade-school education. His school education halted at the age of 11 after his father died. Sadly, he was in love with someone who married one of his friends. Later he settled with Martha Curtis, who went on to be the first First Lady of the nation. Interestingly, Washington had damaged his teeth by cracking walnut shells and had to make do with fake teeth. Due to the fake teeth, it is said he smiled rarely.

Donald J Trump is the 45th or current president of the United States. Before running for office, he was a well-known billionaire businessman and a television personality. He has had a fan following since his early years as a businessman. In fact, he had often flirted with the idea of running for president in popular tv shows and interviews. And, his fan following had always urged him to do the same. Finally, he ran for the high office and got elected in 2016. Currently, he is the oldest president to swear-in at the age of 70. He is on his second run for the presidency and is also the richest president.

Presidents who for the first time rode in car, plane

Theodore Roosevelt, the 26th US president, enjoyed the first presidential car ride ever. His term of presidential office ran from September 14, 1901, to March 4, 1909. And during that period, automobile development was in its initial phases. Teddy rode through Hartford, Connecticut, on an electric vehicle in a public procession. Though 25th President William McKinley rode in a car before Teddy, he did not do so in public.

Likewise, Teddy Roosevelt’s cousin and the 32nd President Franklin D Roosevelt was the first president to ever fly on an aeroplane. On January 14, 1943, he flew from the US to Casablanca, Morocco, to take part in a meeting of  World War II allies. The plane ‘Sacred Cow’ marked the further development of the presidential plane, Air Force One. Also, FDR is also the only president to serve the presidential office for the third term.

Presidents who got killed

In the course of history, attempts to kill sitting US presidents have repeated. While some escaped those attempts a handful could not survive. Till date, as many as four US Presidents have died due to attempts on their life. The details about the killed presidents and their assassins are below.

The eighth president of the United States, Martin Van Buren, is technically the first American-born person to be president. He was born after the American Revolution in New York in 1782. There were seven presidents before him. But they were all born in American colonies, before the creation of the USA on 4th July 1776. Therefore, Buren was the first person to be a president who was born after America was founded.

Though the 15th President James Buchanan was engaged once in his late twenties, the marriage did not materialise. He became the only president who was a lifelong bachelor. When Buchanan was 28 years old, he was engaged to Ann Coleman. The president could not provide time to Ann and there were rumours about Buchanan’s interest in other ladies. That mix led Ann to break off the engagement. She later died due to depression. Buchanan did not marry anyone else throughout his life. Every country’s currency features some of the greatest persons in that country’s history. Here, today we only look at who are the US presidents on different American dollar bills, without going into detail. We shall go into detail some other time. The notes currently in production features the portraits of following presidents. 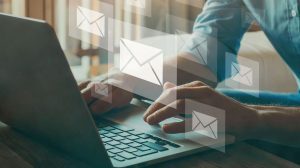 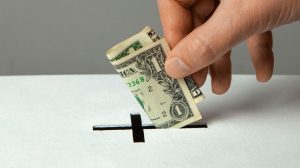 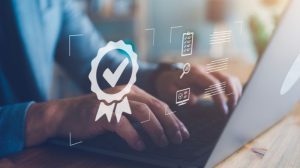 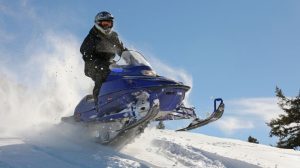