Did you know that women face more targeted advertising and companies thrive off of it by pricing women products much more than similar products for men? This disparity in pricing of similar goods based on gender has resulted in women spending almost 7% more on similar products. The phenomenon is popularly known as the Pink Tax.

This difference isn’t solely based on product quality, but because for women looks and size do matter in a product- marketing analysts agree that women are willing to pay more for products that are small and attractive. This is known as the “Shrink and Pink it” strategy.

So what exactly is Pink Tax? The pink tax refers to the extra amount of money women pay for similar products or services. This is a literal (sales) tax in some cases, but not usually. It usually takes the form of women paying an artificially elevated price for the same commodity as men. From girls’ dolls and school dresses to canes, braces, and adult diapers, this “tax” applies to all a woman purchases.

Why call it the pink tax? Because society has been obsessed with categorizing pink as a feminine color since the onset of World War II. Further in the 1980s, companies started a marketing strategy deeming everything in blue was for boys and everything pink was suitable for girls. Now Pink has become synonymous with feminine colors.

Women aren’t simply spending extra on high-end goods and services. Even menstrual goods like cups, tampons, and pads that are essential for women during their periods, are subject to pink tax. The tampon tax is one of the most controversial aspects of the pink tax.

If you are a woman, many services such as dry cleaning and auto repair will cost you more. According to research, auto maintenance pricing has its own variant of the Pink Tax.

After the New York City Department of Consumer Affairs released the findings of its report on market differences between women’s and men’s goods in 2015, gender-based price disparity, also known as the pink tax, became a hot subject. The study is “From Cradle to Cane: The Cost of Becoming a Female Consumer”.

The study analyzed 794 products and observed substantial price differences between women’s and men’s products. These products include :

So on yearly basis women pay $13000 more on products due to pink tax.

Recently, New York imposed a Pink Tax ban in October 2020, making it illegal to charge more for “substantially identical” goods sold to different genders. We’re waiting to see how successful this ban is.

Sadly, there is no simple solution to the Pink Tax problem. The simple alternative seems to be for women to opt for cheaper gender-neutral products instead of opting for the product marketed for women. Some steps that can be taken to make sure you’re not being tricked into paying the pink tax are:

Women paying more simply because a product is marketed on a gender basis isn’t fair, whether it is razors, shaving cream, jeans, toys, or even laxatives. Be attentive and evaluate your options when shopping, and don’t let the pink tax get to you! 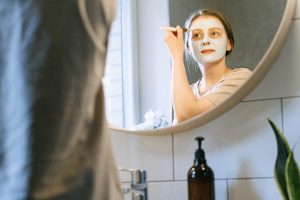 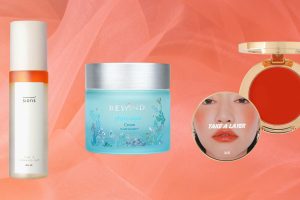 Why is K-beauty Not So Popular Anymore?