The news is filled with all the billionaires giving back to society. It has been so common for a philanthropist to use it as a marketing tool. I am not saying that every philanthropic deed is for a selfish purpose. But the modern understanding of giving back to the society seems to be quite different from the pragmatic view.

We are paying a larger cost than whatever they give back, which is why everything seems so ironical. The current climate crisis problem depicts the situation. Additionally, in almost every part of the world, the extensive use of fossil fuels, pollutions caused by big industries, rapid unplanned urbanization, and addiction to material wealth are the other significant reasons for the ongoing environmental problem. If you search for people who are doing philanthropic deeds for society, they are mainly business owners. It is an excellent thing that people are giving back to the community. However, it has become a trend of some sort. People within a certain level of the economic hierarchy must do something for the community.

Everything that they do doesn’t need to be for their greed. I agree that some people might be good at their hearts. But have you noticed a pattern? How billionaires focus their money on the areas that can give them the most coverage.

The major philanthropist at present like Jeff Bezos, Bill Gates, Mark Zukerberg, Warren Buffet, and the list goes on and on. But the thing is that out of 50 top philanthropists, 40 of them are the top billionaires in the Forbes list.

These people have worked hard to reach the economic prosperity that they have attained. However, the things that they are giving back to society doesn’t make much sense. In a way, it almost feels like the real issue in the world is not being addressed. The reason why I say these deeds are not good is due to the following reasons:

1. Two sides to a coin of charity:

Most of the philanthropists who donate to charity have their foundations through which they target a particular problem in society. On the one hand, this is a perfect thing for the community. But sometimes it feels like the good philanthropic deeds are used to shield all the bad things that go on.

All the data-theft allegations against facebook remain untalked about. It is one thing to do actual heartfelt philanthropy, but if you are doing something worse off, the society might not benefit as much as they show.

One example is the huge CSR programs that Coke claims to have in their DNA. All these campaigns are targeted towards promoting their products. This isn’t the worst thing, but we all know how harmful the carbonated drink is to our health.

Not only that, the millions of plastic coke bottles that end up in the land and the ocean are something, they rarely show in their annual reports.

Their philanthropic deeds might be genuine, but it cannot be compared with the damage that they have brought about in society.

Most of the time, we hear these billionaires have donated millions of dollars into a cause. But we need to understand if these dollars are being used for the real cause. If the money isn’t being utilized by the agencies or charity organizations, it will just be a waste of their action.

And it turns out that most of the time it is the case. In countries where they have a bureaucracy in their hearts, it can be challenging to use the resources properly. The world is filled with corruption. In the under-developed and developing nations, it is challenging for charitable organizations to avoid fraud.

Another reason why money isn’t the right solution is that people do not know how to make use of it. When you give thousands of dollars in donations to charity, in some cases, money doesn’t help. Money isn’t the only support people might need.

For example, to fight climate change, people are pressurizing their governments to change their laws. In this case, the money will not be a solution. The companies will have to fight for the cause with the people to work for it. But why would big companies raise their voices when they are one of the leading polluters in the world.

4. Accountability of the philanthropic deeds:

Another essential thing we should address when philanthropists deeds are done is that we give the corporations a right to bring changes in society. This might not always be bad, but organizations, when given the right to make decisions, will almost always opt for options that give them the most profit.

Philanthropists, through their foundations, use donations for a cause. But who is accountable for those actions that they do. When the government makes any change, they are responsible for the results. But when it is done out of charity, if anything goes wrong, the accountability of these organizations is minimum. 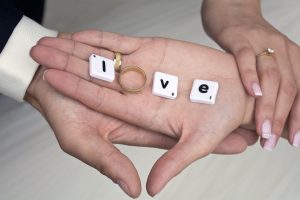 Finally, even though most of the charity and donations feel like something people do to promote themselves or their brands, we should appreciate the efforts that they make. Also, just because these philanthropists are working for a cause doesn’t mean we cannot.

The essence I want you to carry from this article is that we don’t need to become billionaires to become philanthropists. We should understand that kindness is essential to remove the problems of society.

If even half of the population in the world starts thinking about their actions that might harm the society, the need for donations and charity will be dramatically reduced.

Also, if the governments are efficient and use the taxpayer’s money for good, philanthropy wouldn’t be a necessity anymore. It would be something that would add value to the existing system.

Everything About Mayan People and their Civilization Facts
Culture Shock: Its Stages, Example, Symptoms, and Prevention