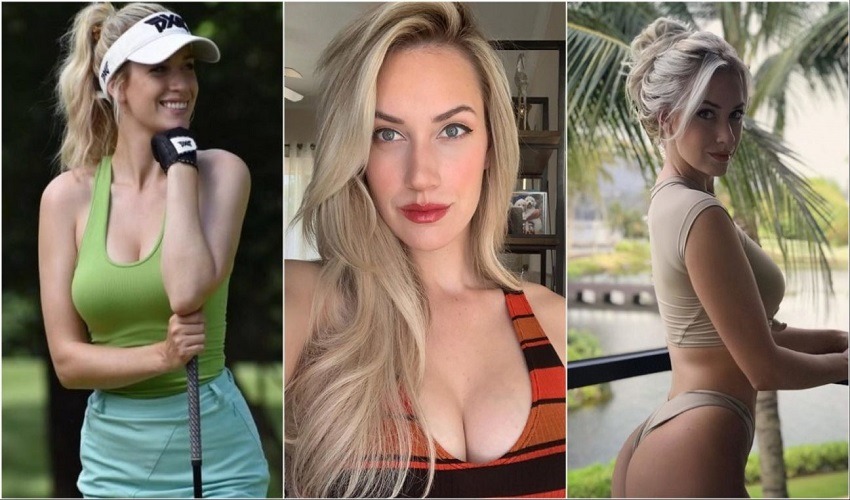 The Former Golfer and stunning Instagram model, Paige Spiranac have made the headling, speaking about the horrific nude photo scandal. As per Paige, she shared her nude picture with the man she was in love; however, after ending the relationship, things turned nasty. Particularly, her ex decided to share this photo with his friends, and the image was all over the internet a long time ago. Because of this, Spiranac is facing a block of messages from strangers who saw the image.

How did Paige Spiranac reveal about the Nude Photo Scandal?

In the podcast Playing-A-Round of iHeart radio, she talked about how her life has changed from the past few weeks, after getting exposed by the nude picture all over the internet.

In particular, she hosts the podcast along with Renee and in the podcast, being concerned about nude photo scandal, she said:

“It was horrible, just getting these random messages from people you don’t know and they’ve seen you in such a vulnerable way. It was disgusting.“

“When I finally confronted the guy and said, ‘I can’t believe you did this to me’, he said – and I’ll never forget this – ‘You are the sl*t who sent it to me, you deserve this.“

Talking about the situation after the release of the nude photo, she confessed saying:

Adding to that, she said:

Victim of Cyberbullying and Blackmailing

Well, it pretty tough to address how people start to react on the Internet after such an incident. Paige had to go through nightmares, receiving disgusting abuse, including death threats – with trolls telling her that the torment was her own fault.

On only on the internet, the scandal reached it’s extreme when someone threatened Paige to release the picture online unless she paid him… or sent him more, just a minute before her Dubai conference. In addition, Spiranac broke into tears and without mentioning the specifics, she revealed how hard it was to accept internet users “making judgments” about her.

Likewise in the event at Lake Tahoe, one of her fans pulled out an enlarged copy of the nude photograph, asking an autograph with her. During the event, lots of other attendees, including children’s were witnessing the incident that made her feel broken.

After revealing about the incidents, in one of her interviews, she said:

She continued: “Every life event was also tied into that, which was super traumatic for me.”

Paige Spiranac Ex released her Nude Photo; Who was her Ex-boyfriend?

While revealing about the hard times she faced from the nude photo scandal, she also mentioned that her ex-boyfriend was the one to release the pictures. When she confronted the guy who spoiled everything, he abused her saying sl*t who deserve this. Additionally, she never revealed the name of her ex-boyfriend who flashed her nude picture. On the other hand, she is a relationship with Steven Tinoco, who is a professional baseball player. Paige and Steven were in a relationship for long before decided to get engaged in 2016. Despite the news of their engagement, the information regarding their wedding never aired in the media. However, on October 13, 2019, Steve posted a picture of him along with Paige, captioning:

“One down and many more to go.. Love you @_paige.renee“

So with the reference, we can conclude Steve and Paige were married on October 13, 2018. i.e two years after their engagement. However, the detailed information about their weddings is not in the media yet.

Everything to know about Australian Internet Sensation, Tammy Hembrow
Why Courtney Stodden Divorced With Doug Hutchison? Know About Her Life in Details