Reed Hastings, co-founder, chairman, and co-chief executive officer (CEO) of Netflix, revolutionized the way of entertaining the world. The online streaming platform, Netflix, has become almost a daily routine, essential for tens of millions of internet users. Remarkably, the platform has nearly 182 million paying subscribers, as per the stats of Q1 2020. Along with a significant number of viewers, Netflix has effectively offered a full-time career opportunity to nearly 8,600 people by the end of 2019.

The American native, Hastings founded Netflix in 1997 along with his former Pure Software employee Marc Randolph. With Netflix’s immense popularity and success for over 23 years, Hastings has successfully placed his name on the list of the world’s wealthiest people. As stated by Forbes, Hasting is the 132nd richest person globally, with a net worth of over $5.1 billion (as of 9/29/20).

Although Netflix has millions of viewers, the information about the man behind the curtain is still a mystery. So, today’s article is about Reed Hastings, who revolutionized the world of entertainment. If you are among those people who want to know about Hasting’s life in detail, stay tuned.

The 59 years old businessman, Reed Hastings, was born on October 8, 1960, in Boston, Massachusetts to Wilmot Reed Hastings (father), and Joan Amory Loomis (mother). In particular, his father was an attorney for the Department of Health, Education, and Welfare in the Nixon administration, and his mother was a Boston debutante from a Social Register family.

Talking about his education, he is a graduate of Buckingham Browne & Nichols School in Cambridge, Massachusetts. Likewise, Reed continued his further education with the Bowdoin College, earning a Bachelor of Arts degree in Mathematics. After completing his bachelor’s degree, Hastings joined Marine Corps officer training. However, he couldn’t complete the training; instead, he chose to pursue service in the Peace Corps.

While serving the United States Peace Corps, he worked as a math teacher at a high school in rural northwest Swaziland, Africa, from 1983 to 1985. After returning from the Peace Corps, Hasting joined Stanford University to earn a Master’s Degree in Computer Science in 1988.

Despite the good work, Reed had to face challenges due to a lack of managerial experience. As a result, the company was taken public by Morgan Stanley in 1995. Hastings had a bitter experience of failure with his initial project; however, he believes the failure to withstand challenges while running Pure Software gave him a life-lesson to be a businessman.

Reed Hastings and his former counterpart, Marc Randolph founded Netflix in 1997. Hasting was the one to come up with an idea of Netflix. The idea first popped up into his mind when he had to compensate $40 to the Blockbuster Video, a video rental store, for misplacing the cassette of Apollo 13.

Revealing the inspiration behind Netflix, he once said:

“I had a big late fee for Apollo 13. It was six weeks late and I owed the video store $40. I had misplaced the cassette. It was all my fault. I didn’t want to tell my wife about it. And I said to myself, ‘I’m going to compromise the integrity of my marriage over a late fee?’ Later, on my way to the gym, I realized they had a much better business model. You could pay $30 or $40 a month and work out as little or as much as you wanted.“

Similarly, the initial idea of the project was the flat rate movie rental-by-mail to customers in the US. To get the initial attention, they combined two emerging technologies of that time: DVDs and an online website to make an order.

Despite the immense success now, Hastings wasn’t initially sure if customers would like his idea. Nevertheless, Netflix is now one of the most viewed video streaming platforms on the internet. As per the stats, the platform has almost 183 million paying subscribers, earning a revenue of over $20 billion in 2019.

Learned a business lesson from a marriage counsellor

Hasting, who is now the owner of a $220 billion business, admits that a marriage counsellor gave him an invaluable lesson. Back in 1997, before he co-founded Netflix, Reed learned an important concept from an unlikely source – his marriage counsellor.

In an interview with CBS, he said:

“Early in our marriage, we had this great marriage counsellor, He got me to see that I was just lying a lot. I was saying conventional things like, ‘Family’s the most important thing,’ and then I would stay at work late, you know? And so, it helped so much for him to really show me that I wasn’t being that honest.”

Relating everything to a business, Hasting got a simple idea that honesty was the best policy while the truth can sometimes be uncomfortable. The counsellor made him clear about the fact that truthfulness was the only way to win over people’s hearts.

In fact, the concept is what marriage relies on, being open about the truth, even when it is uncomfortable. With this concept, Reed made a protocol at Netflix that is similar to the concept of radical candour.

The emerging businessman and entrepreneur, Reed Hastings is a married man. He married Patrica Ann Quillin in 1991. Together with Ann, Hasting shares two children; however, the details about them are still out of the public sphere.

How much is Reed Hastings Net Worth?

As of 2020, Reed Hasting holds a mouth-watering net worth over $5.1 billion. His net worth is solely accumulated from the success of Netflix. In particular, the platform has a valuation of $220 billion (September 2020). With the increasing craze for the platform, it’s inevitable that Reed’s net worth will skyrocket in the coming days.

Reed Hastings and his wife Patty Quillin contributed $120 million to the United Negro College Fund, Spelman Education, and Morehouse College. Specifically, it is a record-setting private donation to fund scholarships at historically black colleges and universities.

Likewise, he was also vocal in supporting the campaign Black Lives Matter. He opposed to systemic racism and demanded police reform, relating to the police killing incidence of George Floyd on May 25, 2020. 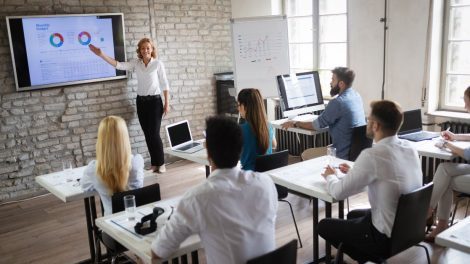