Traveling is one of the best ways to learn about different cultures and try food from around the world. And while traveling the best way to experience food is trying the local cuisine.

There are different delicacies around the world. And these delicacies are often based on the history and culture of the place. When you visit a different country give may find certain extreme food delicacies. For us, these delicacies may be extreme but for the locals, it might be something that they eat on special occasions.

So, here are the most extreme food delicacies from around the world:

Pufferfish, also known as fugu, is the delicacy of Japan that might kill you. The Chef of this dish needs a license to cook the pufferfish as they contain a poisonous is a toxin in them. This day needs to be prepared in a certain way by an experienced chef for it to not cause harm to the consumer.

There is no known antidote available for treatment against the poisonous toxin that is present in the skin and insides of this fish. The consumption of this fish is banned in many countries including Thailand.

This soup is one of the most expensive animal products found worldwide.

Khash is a Middle Eastern Dish that contains boiled cow or sheep parts. This extreme delicacy of middle Eastern countries contains cow head, feet, and stomach. This Desh is considered to have originated from traditional Armenian cuisine. But the variations of this dish are available in countries such as Afghanistan, Albania, Iran, Iraq, Turkey, and even Greece.

The stew has the grinning skull of a cow and it is considered a delicacy.

Surstromming is considered to be one of the smelliest food in the world. The Swedish delicacy “Surstromming” is a fermented Baltic herring. The fish is fermented in salt water to prevent the meat from going bad. They are fermented in barrels for over two months and then packaged in pressurized cans where the fermenting continues.

This Swedish delicacy is banned in airplanes because of the strong odor.

Rotten chess, also known as Casu Martzu, is a traditional sheep milk cheese in Italy. The twist is that the cheese contains live insect larvae or maggots. The maggots cause the decomposition of the cheese with their digestion. Therefore, the cheese becomes soft as the fats are broken down by the maggots.

The cheese can cause certain health issues to the consumer and also a risk of intestinal infection.

Also read: Most Underrated Asian Cuisine That You Need To Try 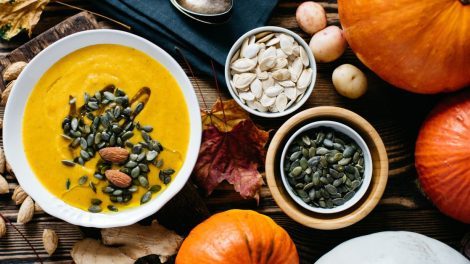