The medical director of the emergency department at New York-Presbyterian Allen Hospital, Lorna Breen died on 26 April 2020. Additionally, as per the police reports, the top doctor, Lorna killed herself. Being more specific, the main cause of her death is self-inflicted injuries.

Working in the front line, Dr. Lorna Breen had treated a staggering number of patients with coronavirus. Reportedly, she died in Charlottesville, Virginia where she and her family had been staying. Although she was rushed to UVA Hospital, she couldn’t withstand self-inflicted injuries.

Lorna Breen Cause of death: Father claims her job took her life

“She tried to do her job and it killed her.“

The 49-year-old doctor, Lorna Breen, had contracted the coronavirus while treating patients beforehand. However, she recovered and had recently returned to work, but she was sent home again by the hospital, her father told, speaking with The New York Times.

Remembering her, her father said:

“She was in every sense of the word a hero, who gave her life for her friends and her city.“

“She was — in every way — in the trenches of this war, fighting the effects of this COVID virus that she contracted herself,” he said. “She went home and stayed for a week and a half before she felt obligated to go back to the trenches and help, so that’s what she did.“

Moreover, Lorna’s father also said that his daughter was detached when they last spoke. Additionally, she also told him how Covid-19 patients died before they could even be separated from ambulances. On the other hand, Sr. Dr. Breen also confessed that Lorna had no history of Mental Illness.

“Words cannot convey the sense of loss we feel today. Dr. Breen is a hero who brought the highest ideals of medicine to the challenging front lines of the emergency department. Our focus today is to provide support to her family, friends, and colleagues as they cope with this news during what is already an extraordinarily difficult time.“

Dr. Lorna as a person: Down to earth personality

Dr. Lorna Breen was a faithful Christian who was close to her family. Furthermore, she was a keen skier who also enjoyed dancing in salsa. Also, she regularly used to volunteer elderly people’s homes once a week which describes her as a down to earth personality. 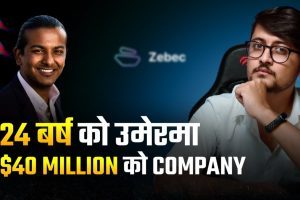 Nathan Cleary was snapped with the group of women at his house; Currently under investigation for breaching Social Distancing
Kristin Cavallari and Jay Cutler are splitting after 10 years of relationship; What happened in between 7 years of their Marital life?