This super villain is widely known as the archenemy of superhero Batman.

As Batman’s nemesis, the Joker has been part of the superhero’s defining stories, including the murder of Jason Todd—the second Robin and Batman’s ward—and the paralysis of one of Batman’s allies, Barbara Gordon.

Throughout his decades of appearances Joker has had various possible origin stories.

However, a definitive one has not been established yet.

Power wise like other super heroes and super villains, this character does not possess any superhuman abilities instead he uses his expertise in chemical engineering to develop poisonous or lethal concoctions and thematic weaponry, including razor-tipped playing cards, deadly joy buzzers, and acid-spraying lapel flowers. No any actor played this iconic character of Joker on screen until 1960s.

It was Cesar Romero who first played this iconic role of criminal mastermind in the original Batman series of 1966.

Even before taking up this role, he was already a skilled actor and dancer who had a full career.

In the A&E documentary series “Biography,” Adam West who played the role of Batman said that Romero “brought an enormous amount of energy to the role … I don’t know how he did It.” about Romero’s performance.

However, according to Romero it was quite easy.

He said, “When [you] get in an outfit like that…you fall right into it.”

Even as the Joker, Romero maintained his popular Latin lover moustache in the white makeup as well, insisting that no amount of cackling would obstruct his trademark appearance. Second in line to play this iconic character was the legendary Oscar-winning actor Jack Nicholson.

He is one of the coolest movie stars of his generation.

In Burton’s take on the film, Nicholson stunned viewers and gave plenty of children nightmares when he electrocuted hoods and stabbed others in the neck with pens. His version of Joker is still one of the most beloved early versions of this sadistic character.

He was also the one to introduce the trade mark smile of Joker that perfectly complemented the character’s slashed-mouth grin.

According to Nicholson he took this role partly because of his belief in Burton’s vision of Batman. “Tim Burton’s a genius.

We both come from the cartoon world originally. We had similar ideas.” 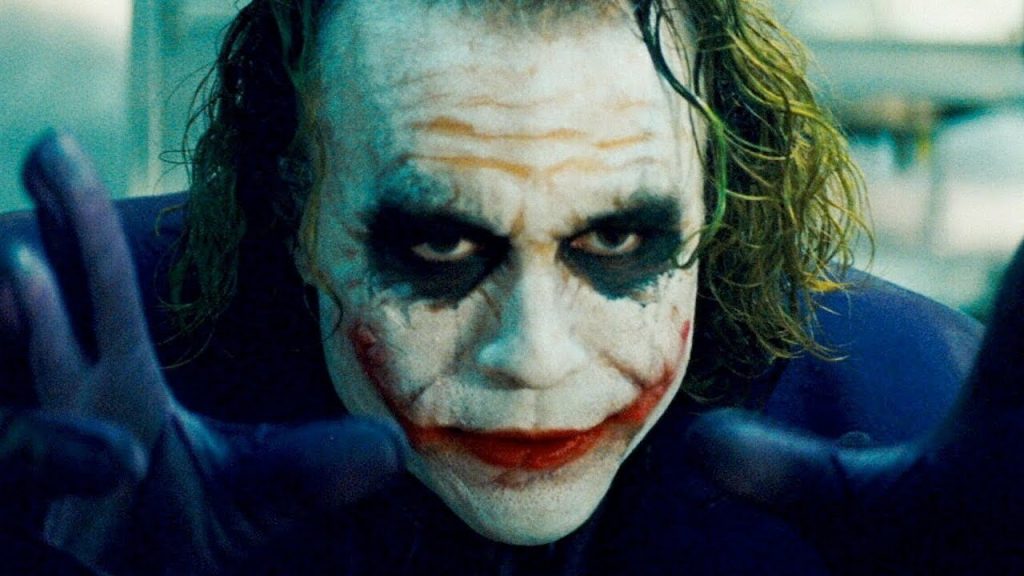 Next in list to have played this character is Heath Ledger.

Heath Ledger is undoubtedly the best one to have portrayed this sadistic and cruel character.

He portrayed the role of Joker so powerfully disturbing that it is still one of the most iconic representations of Gotham’s twisted villain.

There might be very few people who wouldn’t recognize him from 2008’s “The Dark Knight.”

According to the director of the movie Christopher Nolan, Ledger’s iconic performance came from his strong interest in the character.

During a Q&A at the Film Society of Lincoln Center in New York City Nolan expressed, “He just had a vision for something, and the way he termed it to me at the time was, he really didn’t like to work too much.

He liked to do a character and then stop working then let enough time go by.

He wanted to be hungry for it. And when he came to me, he was clearly in that state: Very hungry.

He was ready to do something like that and just own it — which is what he did.”

Shortly after wrapping up the shoot of The dark knight, he was found dead from an overdose in his Manhattan apartment.

Ledger is the only actor till date to have received an Academy Award for his portrayal of the Joker.

He received the award after his death at the age of 28. Jared Leto was the next actor to fill the shoes of this iconic character in the hit movie Suicide Squad.

Leto was so engrossed in this role that he started pulling odd pranks on his costars.

He apparently sent Margot Robbie a dead rat among other grosser items.

However his portrayal of Joker was widely criticized by critics as well as fans.

Leto claims that the filmmakers cut lots of his performance from the movie.

I think that the Joker… we did a lot of experimentation on the set, we explored a lot.

There’s so much that we shot that’s not in the film.”

Although Jared has said he would love to play the Joker again, so far it’s said that he will not be appearing in James Gunn’s 2021 reboot, “The Suicide Squad.” The last one to have given life to this iconic character is Joaquin Phoenix.

Directed by Todd Phillips this newly released Joker provides a possible origin story for the character.

Phoenix exclaims that the fact that he is playing this character is a surprise in itself.

A performance that combines introverted tendencies, Phoenix here has not played Joker as a showman.

Set in 1981, it follows Arthur Fleck, a failed stand-up comedian whose descent into insanity and nihilism inspires a violent countercultural revolution against the wealthy in a decaying Gotham City.

With his spectacular performance in the movie that brought chills in every audience sitting in cinema hall, many critics and fans are expecting an Oscar award in his name.

You can also read: https://www.wikye.com/wp-admin/post.php?post=7582&action=edit

Google Search: Who Were the Most Searched Celebrities of 2019
Spotify Wrapped: The Most Streamed Artists and Music of 2019⠀