Space and life beyond earth have always fascinated me. And safe to say that we all humans have always been intrigued by its wonders. Moreover, rich people and their obsession with space is something we get to see now and then. First SpaceX by Elon Musk and now Blue Origin by Jeff Bezos are stealing the limelight.

Jeff Bezos’ trip to space has been the talk of the town. He added that the whole trip exceeded his high expectation as well. Here is what you might want to read about the space trip of one of the richest men on earth.

Looking into the space trip

Blue Origin, Jeff Bezos’ own aerospace launched him to space on 20th July. The name of the spaceship was New Shepard. The plan of flying to space on 20th July was a long-awaited journey for Jeff. In an Instagram post last month about his brother, Bezos wrote, “Ever since I was five years old, I’ve dreamed of traveling to space. On July 20th, I will take that journey with my brother. The greatest adventure, with my best friend.”

Interestingly the trip had the most interesting astronaut crews ever to depart Earth. In addition to Bezos, onboard the capsule was Bezos’s brother, Mark; Wally Funk, an 82-year-old aviation pioneer, and Oliver Daemen, an 18-year-old student from the Netherlands. The 18 years who lucked into the flight when the winner of an auction for the fourth seat had to postpone. And yes the launch set a record for both the oldest and youngest person to fly to space.  After two minutes into the flight, the capsule separated from its rocket. And continued upwards towards the Karman Line. The Karman line is the most widely recognized boundary of space, that lies 100km up. They had a full ride of around 10 minutes. When the capsule touched back down after the 10-minute, 10-second flight, Jeff Bezos exclaimed: “Best day ever!” His words definitely make us all envy his trip.

As mentioned earlier, found in 2000 by Jeff Bezos. Blue Origin is an American privately-funded aerospace manufacturer and sub-orbital spaceflight services company. Likewise, the headquarter lies in Kent, Washington. The technology of Blue Origin focuses more on rocket-powered vertical takeoff and vertical landing (VTVL) vehicles for access to suborbital and orbital space. Similarly, they have always been successful in their test flies.

They have future plan to land on Moon in near 2024. Even though the space trip services are not open commercially. However, their main aim is to colonize the solar system and make space travel effortlessly available. New Shepard, built by Bezos’ company Blue Origin, is designed to serve the burgeoning market for space tourism. Could space tourism be the next mission of Blue Origin?

Also Read: How Does Space Travel Pose A Risk of Cancer? 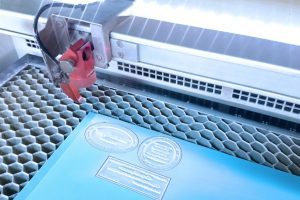 How Did Dubai Create Its Artificial Rain?
What Will Space Travel Look Like In 20 Years?