Rayshard Brooks, who is an Afro-American man has been shot down by Atlanta Police Officer on  June 13 (Friday). As a result, two officers who fatally shot and killed Rayshard has been terminated. Moreover, another incident of protest has taken a hipe in Atlanta, the United State of America after the George Floyd death. The announcement of terminated has come after the protesters flooded with black lives matter at the street of southeast Atlanta Saturday night.

The real power of representative democracy has really made a way out to support the people who are getting killed as of 2020. Further, the protestor encircled Wendy’s where Brook was fatally shot and killed.

Matter of fact, brooks lost his precious life in flames Saturday night. The tantrum of protesters set fire to several cars outside the fast-food restaurant, where officers shot the brook to death. Earlier today, the arms force of the Atlanta police department clear the crowd with a handful of tear gas as well as flashbang.

As per Georgia Bureau of Investigation, Rayshard Brooks was shot to death with a stun gun in Wendy’s parking lot Friday night. Moreover, he struggles to run away from the officer with one of the officer’s stun gun.

Additionally, according to GBT, the incident started with a phone call at 10:33 p.m. Friday about a man sleeping in a parked vehicle in the restaurant’s drive-thru lane, causing other customers to drive around it. The Atlanta police gave Rayshard a soberness test, which he unfortunately failed. As per resource, Brook interrupts and struggled with one of the officers.

In the video of Rayshard Brooks’ death, an officer is heard telling Rayshard “Stop Fighting” and ” Hands off the taser”. Besides, an eyewitness who filmed the shot is currently remaining anonymous.

Further, the eyewitness told CNN not to expose his name publicly. Witness said: “The fight started when they tried to make an arrest … after that, he took a taser and took off,”

The video clearly shows that brooks ran from the officer, holding a stun gun in his right hand. One of the officers shot the fires at Brooks as he was escaping. It appears the officer fires three times in a row.

Reynolds, the GBI director said: “At that point, the Atlanta officer reaches down and retrieves his weapon from his holster, discharges it, strikes Mr. Brooks there on the parking lot and he goes down.

Additionally, an eyewitness heard that brook was breathing laying down the ground. Later, he died at the hospital.

As per the resource, Atlanta Mayor Keisha Lance Bottoms condemn the Atlanta police officer after the Rayshard Brooks’ death. He said, “There is a clear distinction between what you can do and what you should do.”

Additionally, he stated: “I do not believe this was a justified use of deadly force,”. Matter of fact, APD Chief Erika Shields made the decision of termination. At one of the conferences, she stated: “out of a deep and abiding love for this city and this department.” 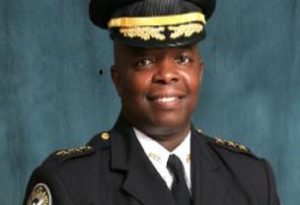 Further, Shields said “APD has my full support, and Mayor Bottoms has my support on the future direction of this department. I have faith in the Mayor, and it is time for the city to move forward and build trust between law enforcement and the communities they serve,”. As of now, the Atlanta city’s interim police chief, Rodney Bryant holds a supreme power of city’s corrections department.