After the first window of imagination with the magical world of Harry Potter in 1977, there has been somewhat a cult following around the fictional wizarding world.

There is no denying that there is something about the Harry Potter novels and films that inspire everyone.

No wonder the idea of good triumphing over evil, mystery, magic, and the story of lasting friendships make fans go crazy.

Ever since anyone goes through the books or films, they only want to crawl inside the books and live in the magical world.

Sadly, after twenty years later the books have come to an end. But, there’s a good news for Harry Potter’s fans.

The magic of Harry Potter still lives on, and being a part of it has now become a reality.

There are many places across the world inspired by J.K. Rowling.

And her work and have transformed into fantastic themed spots frequented by fans.

From restaurants with menus and drinks inspired from the Harry Potter world to libraries that serves as direct inspiration from J.K. Rowling, there are so many wonderful spots dedicated to the fans.

Fans pack your coat and get ready to explore the best Harry Potter experiences around the world. Who doesn’t want to drink coffee at a café themed around Harry Potter?

The coffee shop not only decorated as though it was something that came straight of the films, but it also serves items inspired by the books.

For instance, some of the famous items of this coffee shop is Butter Brew Lattes and Iron Goddess of Mercy tea. If you’re a muggle who really loves witchcraft and wizardy, a visit to The Wizarding World of Harry Potter at Universal Studios will make you amazed.

Universal Studios brings the magical world of Harry Potter to fans in not one, but three locations around the world.

The locations include: Universal Orlando, Japan, and Los Angeles which all boast their own Harry Potter themes.

Wander into the Hog’s Head for a cool Butterbeer before pooping into the famous Ollivander’s for an enchanted wand of your own.

The theme parks with roller coasters and a full-size replica of Hogsmeade will make your experience so authentic that you’ll feel like you came in through Platform 9 ¾. No doubt, Harry potter world consists impressive books with interesting titles, but the bookstores that house them are quite rare.

If you are one of those Harry Potter fans who loves reading books, Livraria Lello Bookstore at Portugal is good choice for you.

According to Business Insider, it is one of the top inspring places to visit by the fantasy of J.K. Rowling and her books. The Warner Bros. Studio Tour of Harry Potter will give visitors a new appreciation for the film adaptions.

Luckily, Warner Bros. Studio in London wanted to preserve the magic for fans to experience even after they’ve left the movie theater.

The treasure trove of sets, props, and customs made specifically for the movies has been showcased to provide an up-close and personal account.

Apart from that, fans can take wand lessons, ride a broom or night bus, and learn more about the creative process though interactive displays. Harry potter enthusiasts have inevitably dreamed of spending the night in Hogwarts. Well, the Georgian House Hotel, located in London just does that.

The rooms are all inspired by the captivating novels. Although not officially affiliated with the franchise, this hotel has its own Wizard Chambers.

The best part for Harry Potter’s fans is that you can access these magical rooms through a secret bookcase. The Elephant House is famous for serving some of the best coffee and tea in Edinburgh, Scotland.

It seems to get writers’ creative juices flowing. This charming cafe is where J.K. Rowling spent a good bit of time working on the first manuscript while sipping hot beverages.

The feature of this café is that the bathrooms are filled with Harry Potter graffiti, which the staff tried to clean by constantly repainting the bathroom.

The graffiti is present in number of different languages and are all dedicated to the franchise. Memorable scenes shot on the grounds include Harry’s introduction to Quiddutch and Ron crashing the Weasley family’s flying car into the Whomping willow tree.

In addition to scoping out this amazing structure, visitors can also take a broomstick flight training course and wizardy class on the premises. For those who fantasize about a spell that can transport them into the Harry Potter books, the College of Wizardy is great choice.

The four-day wizard school is set in a castle in Poland and offers visitors the chance to take wizarding classes and meet and mingle with people who love magic.

There are a number of different roles to play, from staff member to students where each event has a capacity of 130 people.

Though the gateway is not exactly Harry Potter themed, it comes with magical creatures which are great if you are a Harry Potter fan. London Zoo is yet another location to visit for a Harry Potter fan when in London.

The moment Harry Potter discovered he was a Parselmouth during an outing to the Reptile in the Philosopher’s Stone was a memorable one.

To catch a glimpse of where Harry potter first learned his ability to speak to snakes, this place is awesome.

You can explore the London Zoo and be sure to stop at the house where creatures slither and crawl to find out if you too might be versed in Parseltongue. 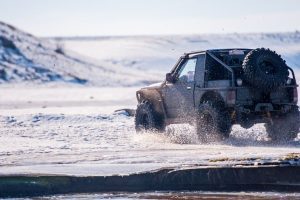 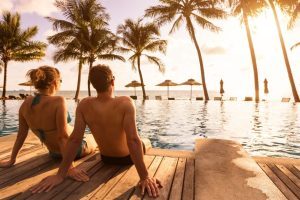 Small Musical Instruments That You Can Travel With
Filipino Culture: What the Body Language and Gestures Mean