Do you know the singer, songwriter, actor and producer who rose to fame as a band member of the boy band the Jonas Brothers? Yes, he is none other than Nick Jonas.

Singer and versatile actor, Nick Jonas was born onSeptember 16, 1992 in Dallas, Texas to father Paul Kevin Jonas who was a songwriter, musician and former ordained minister at an Assemblies of God Church and mother Denis who is a former sign language teacher and a singer.

Nick has two older brothers, Kevin and Joes Jonas. He was raised in Wyckoff, New Jersey. 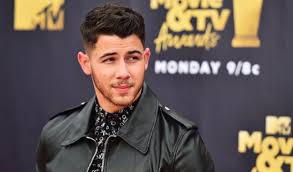 Nick started his career, at the age of seven singing on Broadway, appearing as Tiny Tim opposite Frank Langella, in the Madison Square Garden Production of A Christmas Carol.

He also signed to the label as a solo artist in 2004. Jonas and his brothers, released their album with Columbia band but were then dropped by the label soon after. In 2007, they released their self titled album which reached at Top 5 on the Billboard charts.

Later, in 2009, they released their 3rd album Lines, Vines and Trying Time. In 2010, Jonas released his first solo tour with his side project The Administration.

Nick has also worked in various TV shows such as Disney Channel’s TV moviesCamp in 2008, and Camp Rock 2 in 2010 with Demi Lovato. He also appeared as guest on the short lived Mathew Pery Comedy, Mr. Sunshine in 2011, ABC’s Last Man Standing in 2011 and the Broadway drama Smash in 2012. 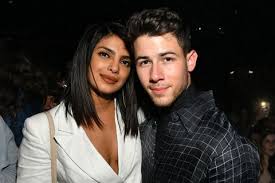 In 2008, he was rumoured to dating Jordan Pruitt. Further in 2010, he dated Nicole Gale Anderson, who was an actress of his show.

The following year, he dated Delta Goodram who is a singer and 10 years older than him. The couple dated for one year and broke up.

Later, in 2015 he started dating 36 years of age, Kate Hudson. But, the relationship did not last long and the couple broke up. On May 2016, Nick started dating Lilly Collins who is an actress and daughter of musician, Phil Collins.

They broke up after some months of their relationship. Talking about his net worth, his net worth is $25 million dollars.

Nick Jonas is now in a relationship with the talented Indian actress Priyanka Chopra who is also a beauty pageant winner. Nick and Priyanka met each other for the first time at the 2007 Met Gala. The couple have recently been engaged and soon are happening to marry.

Awards and Achievements of Nick Jonas In 2015, he won BMI Awards for Pop songwriter for Jealous. In the same year, he won IHeartRadio Much Music Video Awards for IHeartRadio International Artist of the year.

Also in 2016, he won Teen Choice Awards for Choice Style Male. Similarly, he won the Radio Disney Music Awards for Hero Awards in 2016. In 2000s, Nick played roles in many films like Best of Both Worlds Concert, Jonas Brothers, Night at the Museum, Les Miserable, Jonas Brothers, Careful What You Wish for, Goat, Demi Lovato: Simply Complicated, Jumanji, Chaos Walking and many more.

According to a source, Nick’s interest from his fans has drastically increased by the time of July, 2018 to 100 in US, which is maximum from the region New Jersey and rest from others like California, followed by New York Columbia and Rhode Island.

His popularity increased to maximum level during June due to dating one of the popular actress of India, Priyanka Chopra who are soon to get married.

Get to Know The Disney Star Demi Lovato