There’s good news if you’ve always been captivated by flying vehicles in sci-fi movies or longed to take a trip in Ron Weasley’s flying Ford. After a 35-minute journey from Nitra, a flying car created by a tiny Slovakian firm called Klein Vision landed at Bratislava Airport. Yes, you read it right- flying cars are now the technology of the near future.

Despite challenges such as safety and dependability, an increasing number of businesses are studying the possibilities of flying vehicles. Flying vehicles would have to operate in congested airspace, alongside tiny drones and regular airplanes, and would require a legal framework that might take years to develop. Nevertheless, the market for flying vehicles is growing. Popular cultures have hailed it as a visionary landmark of the future, so it has high hopes.

In 2019, Morgan Stanley projected that the sector would be of value $1.5 trillion by 2040. Hyundai Motors Europe CEO Michael Cole described the notion as “part of our future” during an industry event on Tuesday. Experts have viewed flying automobiles as a possible answer to the burden on current transportation infrastructure.

Sky Drive Inc., a Japanese firm, has previously completed Japan’s first public display of a flying car in August 2020. The vehicle left Toyota Test Field and circled for four minutes. On June 28, AirCar, a dual-mode car-aircraft vehicle, completed a 35-minute trip between two international airports in Slovakia. The AirCar arrived in Bratislava at 6:05 a.m. on Monday.

The plane then converted into a vehicle after landing in Bratislava on Monday. The car retracted its wings and tail in less than three minutes, thanks to an automated procedure. Next, Klein Vision CEO Stefan Klein and business co-founder Anton Zajac drove it towards the city center.

A 160 hp BMW engine powers the AirCar. It has completed over 40 hours of test flights and 142 successful landings (this car requires a runway). However, there will be no vertical take-offs like those seen on drones). It has a maximum altitude of 8,200 feet and a top speed of 118 miles per hour. However, the next prototype will have a 300 hp engine. It should be able to cruise at 186 miles per hour for nearly 600 miles.

According to Klein Vision‘s website, the AirCar will be available in three and four-seater configurations, as well as twin-engine and amphibious versions.

Cost of building the prototype:

“AirCar is no longer merely a proof of concept,” Zajac explained in a press statement. Primarily, this has breathed new vitality into science fiction. Klein Vision, the firm behind AirCar, claims the prototype took two years to build and cost “less than 2 million euros” (£1.7 million).

Klein Vision’s consultant and investor Anton Zajac believes the firm would be immensely profitable if it could capture even a tiny fraction of worldwide airline or taxi revenues. “In the United States alone, there are roughly 40,000 aircraft orders,” he added. “And if we convert only 5% of those to flying cars, we’ve got a massive market.”

Do you think flying cars will hit the mainstream market any time soon?

Also Read: Amazing Innovations In The World You Should Know About 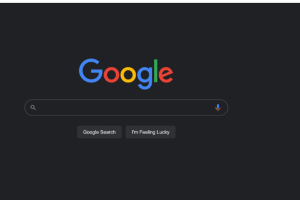