Stress is one of those things that everyone gets yet is the most neglected.

We all know that stressing out too much might kill us, but that doesn’t stop us from getting worried.

Worrying is probably human nature. Everyone has it. While some worry less, some a lot more than they actually should.

And one of the most stressed-out people on the planet is students.

Having to deal with everything from school grades to friends, teachers, parents, and the future.

Why wouldn’t students stress out?

While a little bit of stress can actually be good. Because it pushes them to actually do better in school.

However, even sugar is bitter if you eat it too much.

Similarly, stressing too much leads to a lot of physical and mental issues, especially in students.

These issues, if not treated in time can lead to a more serious problem in the future.

Here are some of the effects of stress on students. When the level of stress increases in a student, their level of productivity significantly decreases.

From boredom to anxiety, everything is at its peak. They start thinking less of themselves that weakens their productivity level.

Their confidence also shrinks due to continuous pressure.

Stress makes them worry too much affecting their concentration power.

So, instead of working hard, they start worrying more. Thus, lowering their level of productivity.

Another major effect of stress on students is how it makes them short-tempered and easily irritable.

When a student is stressed out about his grades or his studies in general, it’s easy for him to get irritated by even the smallest of things.

And this behavior will affect them to work in groups or make friends at all.

They start getting furious and angry with everything and everyone. This is what makes them aggressive even in the future. It is hard to focus on something when there is a lot of things going on in your mind.

The same thing happens to students who are always stressing out about school.

Too much stress decreases our ability to concentrate on one thing. As our mind is already occupied by multiple thoughts.

Students lose their concentration power due to a high level of stress. And as a result, their other abilities also come under threat.

They’ll have difficulties thinking critically, being creative, and remember things.

As the stress starts increasing, their management skills start to deteriorate.

Students start neglecting things like assignment deadlines, projects, etc. And they also start procrastinating, a habit that will stay forever if not avoided in time.

This leads to them losing focus and being uncertain of their priorities and life goals. Student’s life isn’t complete without friends. All the beautiful memories people can share later in their life is thanks to their friends.

However, too much stress pushes people to become more anti-social.

The constant anxiety and increasing depression due to stress make a student withdraw or avoid social situations.

They’re constantly preoccupied with their own thoughts that they look and feel lost even when surrounded by a lot of people. 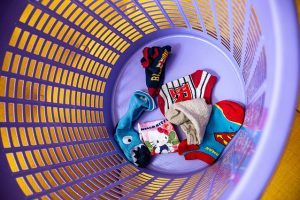 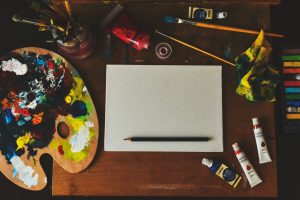