Several European agencies have recently begun to train eagles to catch illegal drones from the sky as protection against criminals, hackers, or any other drone pilots who purposely or unintentionally violate restricted airspace. Even small consumer drones can do significant harm to crewed aircraft near airports. Especially in the wrong hands, drones can help in terrorist attacks or cause widespread disruption, especially in populated cities.

The birds of prey, Eagles, are mostly preferred because of their renowned aerial hunting prowess. In particular, they can recognize drone-sized objects from as far as two miles away. Interestingly, eagles can hold and grab prey weighing up to 4 pounds, so there’s no problem for them to handle consumer drones. Furthermore, they can also be the perfect alternative over gun use where large crowds are present, such as during annual street parades.

In 2016, the Dutch police planned to deploy eagles to bring down rogue drones. With this, the force successfully became the first to employ birds to combat the rising number of illegal drones in the Dutch sky. The Dutch police started the project with the purchases of five months old four sea eagle chicks.

Likewise, the French military force followed suit in using eagles to hunt unwanted drones. The idea proved lifesaver because the French because they had been concerned since early 2015 when drones flew over the presidential palace and a restricted military site. Interestingly, in 2017, Sky News captured the footage of four french golden eagles chasing drones.

A Bald Eagle has just proven that technology does not match aggression in the fight for air superiority. The huge bird targeted a drone recently, sending it into the bottom of the Michigan Lake in the US. The incident took place on July 21, 2020, when a drone pilot Hunter King flew a Phantom Pro 4 Advanced drone model over the Lake Michigan.

The Michigan Department of Environment had assigned Hunter King to operate a drone over the lake for measurement purpose. During the squabble, the Eagle ripped off the drone propeller, causing the unit to drop 162 feet from the air and then into the water. The conflict occurred on the coast during the erosion mapping of the lake. Hunter King is an environmental scientist and drone operator.

As per the eye witness, they saw an eagle attack something in the sky. They also confirmed that the eagle appeared uninjured as it flew away from the scene. The incident surprised people as no one had expected that an untrained bird would bring down a drone that way.

These drone-hunting birds of prey get training from the first day of their birth. More precisely, they are born on the top of drones and held there during the early stages of feeding. As soon as they are ready to fly, they are taken to the ground to intercept drones.

Especially, they are taught to bring down the flying machines without ripping them apart in midair. With this, the chance of hurting people below significantly lessens. In return for its effort, the deadly ariel hunter is rewarded with meat.

In the Netherlands, the Hague-based company, Guard From Above, is working with the Dutch National Police to train eagles. Particularly, they are training them on how to identify, close-in on, and take out consumer drones using specialized incentive training. Likewise, in France, the French military is responsible to train the drone-hunting eagles.

Concerns over harming the birds

Some also raised fears that drone hunting (Eagles vs Drones battle) could hurt birds, but the training agencies insist that eagles are not hurt during training. Besides, the trainers have revealed that the scales on the bird’s feet protects them from injury. However, research on how to shield them fully from drone propellers is still ongoing.

Can this outplay technological solutions?

This experiment, popular as Eagles Vs Drones, has gained attention worldwide, though countries like the Netherlands and France have already practised it. As per reports, the United Kingdom is also seeking eagles’ help to guard prisons against contraband-carrying drones. However, there is still a debate if this kind of solution can outplay technological solutions. 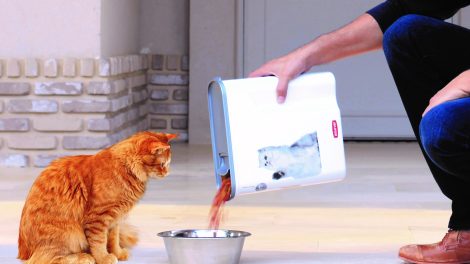