Hans Christian Andersen used to write stories that would make youngsters dream. Long after he wrote them in the 19th century, his most famous tales—”The Little Mermaid,” “Thumbelina,” “The Emperor’s New Clothes,” and “The Ugly Duckling”—continue to enchant audiences on stage and screen. So it’s no wonder that the central characters in Frozen, the cinematic version of Hans Christian Andersen’s “The Snow Queen,” are named Hans, Kristoff, Anna, and Sven.
Now you can enjoy his genre-defining works in a whole new light. In Andersen’s hometown of Odense, Denmark, a $64 million museum is set to open after years of planning. But, as the museum’s artistic director Henrik Lübker puts it, the exhibit is “an homage to the ever-relevant and current world of the fairy tale,” rather than a memorial to Andersen’s bygone period.

H.C. Andersen’s Hus, created by Japanese architect Kengo Kuma and set to open on June 30, is a Willy Wonka-like collection of sophisticated architectural, music, and light works both indoors and out that present the author’s fairy stories. “The realm of fairy tales isn’t linear; it’s a curve,” Lübker explains.
“It’s all about keeping you wondering, and that’s how we set up the museum. It has hidden areas and curves to keep you guessing.”

Visitors look up through a translucent water basin to glimpse the sky in one installation that evokes the Little Mermaid’s desire to be a part of the world above. In addition, families may make magic potions, perform puppet theater, build a swan nest on the museum’s highest floor. They can also get a makeover from the in-character barber of the museum.

Another section of the museum aims to replicate the gloomy atmosphere of “The Shadow”. It is another fairy tale written by Hans Christian Andersen in 1847. The dark shadow of a decent man finally consumes and destroys him. Visitors witness what appear to be shadows functioning normally until they abruptly start acting individually. “I think going into too much information would spoil the experience,” Lübker adds.

The Goal of the H.C. Andersen’s Hus :

However, the museum’s actual goal is to instill belief in the power of imagination; thus, what is on the show is mostly inconsequential. This place is a tribute to its greatest artist, HC Anderson through his creations. The goal of H.C. Andersen’s House is to reconsider how the life and work of the fairytale author are told.

Dame Marina Warner, a novelist, mythographer, and current president of the Royal Society of Literature states, “Fairy tales offer up the prospect of transformation in the real world of the reader. Naturally, bad things happen, but with faith people always conquer them. In every fiber of the fairy tale, there is a constellation of encouragement”.

Not every nation has a setting ideal for populating fairy-tale characters, but Denmark is one of them.  As a result, from the heather-clad dunes of Skagen to the deer-filled oak forests of Jgersborg Dyrehave, tourists can meet the various seams of Andersen’s fantastic stories. 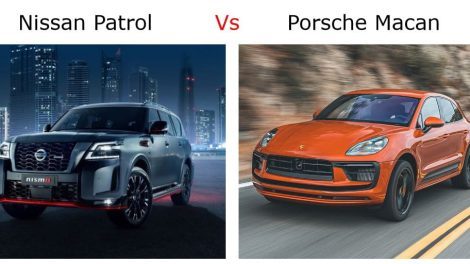