Denmark isn’t just one of the happiest countries in the world. It is also on the verge of becoming the greenest. Denmark is reportedly building an artificial island that will house the world’s first-ever clean energy hub.

About two months back, Denmark officially announced that it would put a stop to all gas and oil exploration in the North Sea. And by 2050 it will phase out fossil fuel production completely.

Now, the country is taking a major step in reaching the goal of becoming a carbon-neutral nation.

The Danish officials say that the artificial island will be around 50 miles off the Danish Coast. With a size of roughly 20 football fields, the energy hub will house around 200-600 enormous wind turbines.

The wind turbines in Denmark’s artificial island will be larger than the ones on land. Potentially even taller than Seattle’s Space Needle which is 605-ft. tall.

The construction of the artificial land will be Denmark’s largest project to date. And it will cost approximately $34 billion. Hence, the funding will come from both the government and partner companies.

The decision to build an artificial island to house a clean energy hub comes as Denmark plans to take legal actions against carbon emission. In Denmark, carbon emissions by 2030 have to be legally lower than 70% than it was in the 90s. And to reach the goal, the country will add another energy hub in the near future.

With higher wind speed, the turbines in Denmark’s artificial island can send electricity to almost 3 million households. However, it’s only in the first phase because the Danish government plans to increase the turbines’ size by more than triple.

With this, Denmark’s artificial island will become the world’s first clean energy hub that will accumulate and circulate power from different wind farms in the country at the same time.

The Advantage of Massive Wind Turbines. Wind turbines are more expensive than coal or gas power plants. However, they are also more efficient and the best option for a greener planet.

Additionally, green hydrogen can also power airplanes, vehicles, or industrial plants. Moreover, it can also replace natural gas in homes. Or by combining hydrogen with CO2 (captured from the atmosphere) you can produce synthetic fuels as well.

Also Read: 7 Major Ways Technology is Helping Lower Our Impact on the Environment 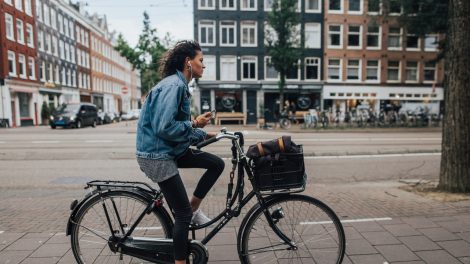 Coca-Cola To Sell Drinks in Paper Bottles
Eco-Friendly Packaging: Why Companies Are Switching