The Olympic Games are the most celebrated international multi-sport event. The Olympics include summer games, winter games, and Paralympic Games. Likewise, each type of game is held every four years. Similarly, Olympic games 2020 which was about to take place in Japan was postponed due to the global pandemic. However, the situation is still dubious for Japan to host Olympic games in coming July 23.

With the emerging new cases of coronavirus last week in Japan. Japan has been grappling since late March to prevent a wave of infections due to new variants. Unfortunately, with new daily cases soaring above 7,000 and even seriously ill patients straining hospitals in Tokyo and Osaka. The situation is casting doubt over just how safe the event and Japanese people will be. However, Japan is not intending to delay the event once again.

Tokyo was currently under less strict measures that focus on shortened hours for bars and restaurants. Sadly, such regulations have proven less effective at slowing the spread of the coronavirus. In the wake of that, the Japanese government imposed a COVID-19 state of emergency in Tokyo. The government reimposed a strict emergency state last Thursday. The order ensures the entire 2020 Tokyo Olympics takes place in the host city under emergency measures. In addition to that, this will keep Tokyo under emergency measures. This emergency state will last throughout the Olympic Games scheduled from 23 July to 8 August.

How is Japan planning to host Olympic games amidst the pandemic?

The government has already called out “the emergency state” in Tokyo. Despite the fact, citizens are protesting to cancel Olympic Games. Prime minister Suga assured everyone that Japan can host “a safe and secure Olympics” by following appropriate COVID-19 containment measures. Authorities canceled an earlier plan to allow up to 10,000 Japanese spectators at events. The athletes will have to compete in Tokyo without crowds.

In addition to that, Olympic organizers have designed a playbook of guidelines for those traveling to Japan for the Games. The visitors will go through frequent testing, mask-wearing, and social-distancing measures. They have even requested athletes, coaches, and journalists to reach prior and stick to isolation bubbles as much as possible.

About 70,000 athletes, coaches, staff, officials, and media will be entering Tokyo from July to August for the Olympic and Paralympic Games. The authority has warned Athletes that their Olympic experience won’t be like the previous ones. As their chances for interacting with athletes from other countries will be severely restricted. So far the management looks pretty decent but we never know what the coming days hold. All we can do is wish Japan to accomplish its mission amidst this pandemic. 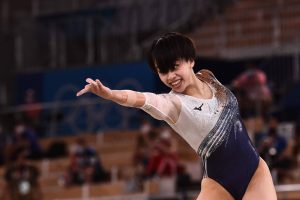 Olympics Game: From Olympia To International Sensation
Cheese Rolling Game: The Most Stupid Game Ever?