It’s been almost a year since our favorite series BoJack Horseman Season 5 landed on Netflix.

And given the show’s yearly schedule, fans are eagerly waiting for BoJack Horseman Season 6 this year.

Fans are eagerly waiting to know whether Netflix will release the next season or will quit horsin’ around.

Whether BoJack stop horsin’ around or become a badass guy again, fans are eager to know.

BoJack Horseman originally aired in the fall of 2014, attracting a ton of viewers with its perfect comedy timing and intense characters.

The show has been the recipient of multiple award wins and nominations since its airing on Netflix.

BoJack Horseman revolves around a washed-up celebrity horse named BoJack who once started in a famous sitcom from the 90s.

Ostensibly a comedy, BoJack Horseman also happens to be a searing psychological drama ego and depression.

After the BoJack Horseman Season 5 left the viewers on such a dark note, fans are eager to see what happens next.

In the BoJack Horseman Season 6, we’ll mesmerize with the anti hero: an alcoholic, washedup celebrity horse.

What’s Going to Occur in Season 6? 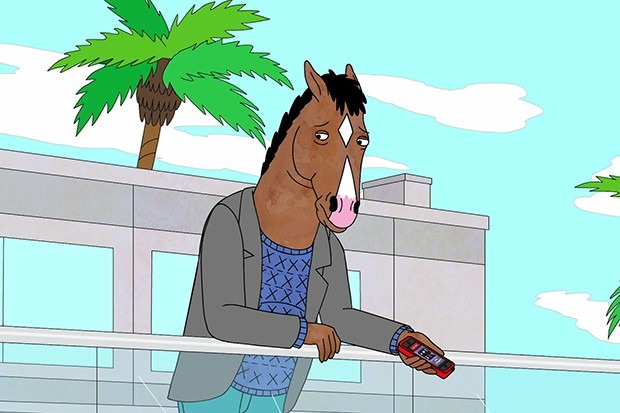 With the closing scenes of season 5, we see Diane dropping BoJack off at a rehab clinic.

Following an incident on the set where he almost killed his girlfriend Gina, he realizes his mistake and choses to go to rehab clinic.

So, what does this imply to BoJack Horseman Season 6?

BoJack Horseman creator Raphael Bob-Waksberg advised Metro US that his anti-hero is “inching towards redemption” with the sixth season.

Who Will Be Returning? Netflix has yet to confirm a lot of details about BoJack Horseman Season 6.

But we sure know that all the members of the original cast will be returning on the show.

Will Arnett, the start of the show will be returning back as the depressed horse alongside Mad Men’s Alison Brie as his one-time love interest and ghostwriter Diane Nguyen.

BoJack Horseman Season 6 will also welcome back many familiar faces of prevision seasons.

The cast will be Daniel Radcliffe, Rami Malek, Paul McCartney, and Kristen Bell.

It’s also very likely that we will see the return of character actress Margo Martindale.

Why is it Delayed? The answer, as it turns out, has less to do with the creative part and more with the worker’s rights.

As the Hollywood Reporter revealed back in April, production on BoJack Horseman may have been delayed due to a push for unionization by the team of animators who create the show.

In fact, out of the dozens of cartoons on Netflix, BoJack Horseman was the only one animated by a non-union shop.

And that changed in June when the animators agreed to unionize, guaranteeing health benefits and a living wage for workers.

When is the Release Date? There is no confirmed release date for yet.

Thankfully, Netflix has been fairly consistent with scheduling the show around the beginning of the fall.

Actor Will Arnett recently spoke with ET Canada and confirmed the status of BoJack Horseman in May.

He said, “We’re close to being done,” in the interview.

It’s very likely possible that the unionization played a role in delaying production.

However, it’s confirm that BoJack Horseman Season 6 will happen, but when we still don’t know.

So, all BoJack fans can do is simply wait for the famous animated horse from the 90s to start horsin’ around again.