When you think about have milk, the only milk that comes in your mind is Cow’s milk.

This milk is consumable as a beverage, poured on cereal and added to smoothies, tea or coffee. Cow’s milk is healthy and pure at the same time.

While it a popular choice for many, some choose not to drink due to dietary restrictions, and allergies.

In fact, there has been a rise in no-dairy milk sales due to not drinking dairy milk.

Due to people getting more conscious, the reason for drinking non-dairy milk also has increased.

For instance, vegans do not drink dairy milk because they do not consume or use animal products.

Some people prefer to drink non-dairy milk, due to them being conscious about the environmental impacts dairy milk could cause.

Some believe that drinking cow’s milk is unnatural whereas, others believe cows to produce significant amount of waste.

Fortunately, if you fall into these categories of people, there are several non-dairy alternatives available.

Let’s go through this article to find out some of the most popular options for having non-dairy milk. Almond Milk is made from ground almonds and water. It is a mixture of either whole almonds or almond butter and water.

Almond Milk is non-dairy milk that has a light texture than 2% cow’s milk and is slightly sweet and nutty in flavor.

It can be added to coffee and tea, mixed in smoothies and used as a substitute for cow’s milk.

Along with it, it contains 1 gram of protein and 1 to 2 grams of carbohydrates. Coconut Milk is made up of water and coconut, which has sweet flavor and is favorite among all non-dairy milk.

It is sold in cartons alongside milk. Coconut milk is a more diluted version of the type of coconut milk commonly used in Southeast Asia. Soymilk is made with soy protein isolate, and often contains thickeners and vegetable oils to improve taste and consistency.

The flavor and texture of soymilk varies by brand and variety. But in general, soymilk has a slight soybean flavor and a creamy texture.

Soymilk is non-dairy milk that works best as a substitute for cow’s milk in savory dishes, with coffee or on top cereal.

In terms of nutrition, soymilk is a close non-dairy substitute for cow’s milk. Soymilk contains a similar amount of protein, but around half the number of calories, fat and carbohydrates.

Along with it, soymilk contains 7 to 9 grams of protein and 4 grams of carbohydrates.

Hemp milk is made from the seeds of the hemp plant, Cannabis Sativa. It is made by blending hemp seeds and water, which is slightly nutty in flavor and creamy in texture.

Unlike marijuana, help seeds contains only trace amounts of tetrahydrocannabional. Hemp milk works best as a substitute for lighter milk such as skim milk.

Along with it, Hemp Milk contains 2 to 3 grams of protein and 0 to 1 gram of carbohydrates.

It contains a similar amount of fat as cow’s milk, but is best option of non-dairy milk for vegans. Oat Milk is one of the non-dairy milks made from a mixture of oats and water, which is quite popular in Europe. It has a mild flavor with a hint of sweetness and a creamy texture.

Oat milk can be used in cooking in the same way as cow’s milk and tastes great with cereal.

It contains similar number of calories to cow’ milk, double number of carbohydrates and half the amount of protein.

Along with it, oat milk contains 2.5 to 5 grams of protein and 19-29 grams of carbohydrates. Rice Milk is made from milled white or brown rice and water. It has a mild flavor and a thin texture that is similar to skim milk.

Popular among consumers, rice milk is the least allergenic of the non-dairy milks. This is a safe option for those with allergies or intolerances to deity, gluten, soy or nuts.

It has a slightly watery consistency and is great to drink on its own as well as in smoothies.

Also it contains 1 gram of protein and 27 to 38 grams of carbohydrates. Macadamia Milk is made of water and about 3% of macadamia nuts, which is fairly new to the market.

It has a richer, smoother and creamier flavor, and tastes great on its own or in coffee and smoothies.

Macadamia milk contains one third the calories and about half the fat of cow’s milk.

Along with it, macadamia milk contains 1 to 5 grams of protein and 1 gram of carbohydrates. Cashew Milk is made from a mixture of cashew nuts or cashew butter and water, which is creamy and has a sweet and subtle nutty flavor.

It is great for thickening smoothies, as a creamer in coffee and a non-dairy milk which is good substitute for dairy milk.

Cashew milk contains less than one third of the calories of cow’s milk, half the fat and significantly less protein and carbohydrates. 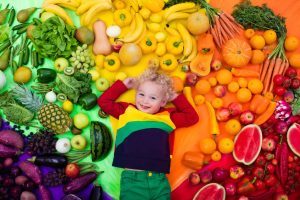 Pink Himalayan Salt: Everything to Know About It
Top Ten Street Food in the World