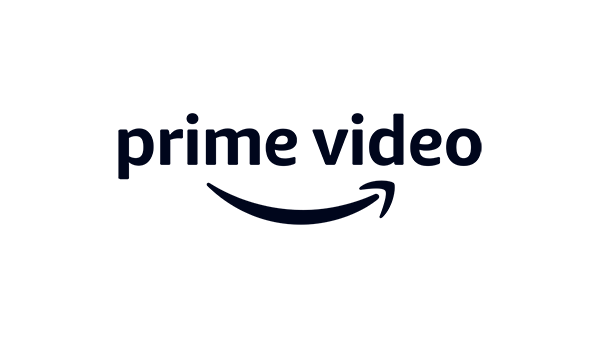 Amazon Prime Video, or simply Prime Video, is an Amazon.com, Inc. subscription video-on-demand, over-the-top streaming and renting service available as a stand-alone service or as part of Amazon’s Prime membership. In addition, Prime Videos has a wide range of movies on its platform for one to binge-watch.

So, while you’re self-quarantining amidst this chaotic emergence of the Covid-19 pandemic, here are the top best movies on Prime Videos for you to watch. Harlan Thrombey, a rich mystery author, celebrates his 85th birthday in his Massachusetts house with his family. Fran, Harlan’s housekeeper, discovers him dead with his throat cut the following day. Then a private detective, Benoit Blanc, who is being paid anonymously, starts investigating the author’s death. Blanc discovers Harlan’s troubling connections with his various family members, and it is now his responsibility to identify the killer.

Knives Out is a twisted narrative of death, and inheritance is staged through the prism of one shattered, gloriously over-the-top family. The film is light and breezy but well constructed, with a stellar cast delivering brilliantly precise performances.

Midsommar depicts a group of friends who travel to Sweden for a once-in-a-90-year event, only to become entangled in the clutches of a pagan cult.

The film is a perfect blend of technical prowess and emotional ferocity. It is not only a deviously beautiful take on a traditional horror subgenre, but it also contains a wicked sense of humor and pitch-black comedy.

Ruben, a drummer, is a member of the heavy metal duo Backgammon, including his vocalist girlfriend, Lou. They live in an RV and perform around the United States. Unfortunately, Ruben’s hearing has deteriorated to the point that he has lost most of his hearing. As a result, Ruben now has to deal with his hearing loss and his passion for music.

Sound of Metal is a gradual, steady, and fascinating portrayal of addiction, the deceptive and devious costs you pay for its illusory respite. Yet, it’s also a stunning example of human grace, reminding us that new challenges, even tragic ones, may forever change the texture of our lives.

Jess, a lady with an unknown source of suffering behind her calm exterior, joins her pals on a yachting vacation across the Bermuda Triangle. Amid a severe storm, they flee aboard a passing ocean liner. When they board, they discover the enormous ship has been abandoned, and they’re pursued by a hooded homicidal figure who looks to be the only other person on board.

Triangle is tough to discuss without giving away its many creative twists and turns. It has a strange notion and a cleverly created scenario of overlapping history. Several dramatic and imaginative visuals convey the misery of being stuck in an unending time loop.

Senator Dianne Feinstein appoints Daniel J. Jones, a Senate employee, to investigate the 2005 deletion of CIA interrogation videotapes. Jones’ small team of six starts analyzing 6 million pages of CIA documents in a windowless office in early 2009, focusing on the CIA’s use of torture in the aftermath of the September 11 attacks.

The Report is a crisp, quick-wit thriller that avoids digging into the characters’ personal lives or a love story. Instead, follow the road that leads to the development of the relevant report. As a result, the movie is both fascinating and frustrating, and it will keep you guessing until the very end.

A skilled photographer is very furious by his abrupt imprisonment due to a broken leg. Therefore, he kills time by eavesdropping on his neighbors, and when he suspects one of them of murder, he and his girlfriend decide to investigate.

Alfred Hitchcock exploits the generally irritating sense of being helpless, creating one of the most stomach-turning, beautifully framed thrillers ever put on film. The camera is firmly anchored in the flat with James Stewart, who plays the photographer, isolating him from the increasingly furious violence unfolding outside.

Rear Window is a superb thriller with two outstanding performances from stars James Stewart and Grace Kelly. It is a near-flawless example of Hitchock’s renowned blend of high-concept hooks, technical mastery, and raunchy crowd-pleasing comedy.

The story follows a young woman who joins the all-male writing team of a once-famous but now-declining late-night presenter. As they strive to turn the show around despite numerous hurdles, the optimistic young writer confronts the presenter and her staff’s pessimism head-on.

Late Night is likely to appeal to fans of behind-the-scenes Hollywood tales and romcoms. It’s charming, lighthearted, and amusing, but it’s also unexpectedly sad as the story progresses. Mindy Kaling is adorable as the naive comedic novice. She idolizes her boss, and Emma Thompson gives a fantastic performance as a complicated and powerful lady.

6 Best BTS Rap Songs You Need To Listen To Right Now!
TikTok Marketing As A Branding Platform: How It Works?