On May 15-16, Ariana Grande and Dalton Gomez, have said their “I dos” in a “tiny and intimate” wedding ceremony.

Sources report Ariana and Dalton have been dating for over a year. They had been spotted in public, involving in some PDA, in a restaurant in Los Angeles in February of 2020.

The couple later confirmed the dating rumors through the music video of Ariana Grande and Justin Bieber’s song “Stuck With U” in May 2020. This was their first public appearance together announcing their relationship. In the music video, Grande was dancing with her now-husband. It seemed they were staying together during the pandemic.

The pop star got married over the weekend in an intimate ceremony in her California home. The singer and the real estate agent said their vows with just their close friends and family.

Grande’s representatives broke the happy news on People magazine, saying that the couple invited less than 20 people. They said the room was so happy and full of love that both families couldn’t be happier.

The couple chose to hold their ceremony in their beautiful Montecito, California home. Reports said that the couple loves spending their time in Grande’s Montecito home. Hence it was natural for them to choose this beautiful and historic house for their special day.

Gomez, unlike is his well-known wife, is not part of the entertainment industry.

Who is Dalton Gomez?

Dalton Gomez is a real estate agent in Los Angeles. He works in the Aaron Kirman Group, a luxury real estate company in California as a buyer’s agent. The company profile describes Gomez as “One of the largest Rolodexes of A-list buyers” and has been reportedly connecting many high-profile deals.

This newlywed couple was keeping their relationship hush-hush initially, unlike her public relationship with comedian Pete Davidson. A source told the People Magazine that Ariana Grande did not want another public relationship. The singer broke off her engagement with Pete Davidson in October 2018, months following the death of her ex-boyfriend rapper Mac Miller. She later released a song, “thank u, next,” thanking her ex-boyfriends for helping her grow as a person.

Grande had peaked at #1 on Billboard with her song “Positions” in November 2020. 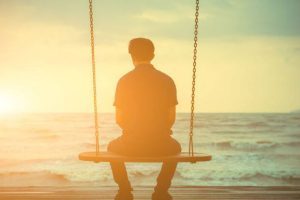