E-commerce has come a long way since the 1960s, when data could be exchanged electronically for the first time.

But fast forward to the 1990s, this was the decade that online retailing really began to take off.

Now we can get anything within the proximity of our access to internet with a click of a button.

World has shrunk into palms of our hands and our link to other people around the world has been closer than ever.

Even when the Internet was dictating the commerce, there were only few of the enterprises which made it.

Addressing the problems of its customers and providing best customer service has always been a priority for Amazon.

It mainly focuses on e-commerce along with cloud computing, digital streaming, and artificial intelligence.

It is one of the big four technology companies in the world along with Google, Apple, and Facebook.

Constantly leveling up their game with new advancements in technology, Amazon has found its own identity in global market.

It has always been able to keep up with their demand and supply chain.

This type of advancements has given it a competitive advantage over its competitors such as Walmart, eBay, Alibaba Group, Google, Microsoft, Salesforce, Oracle, Apple, Sony and Flipkart.

Recently, Amazon plans to deploy a new grocery store concept in Los Angeles, Chicago, and Philadelphia, with the first stores possibly even opening in Los Angeles by the end of this year.

In contrast, this new grocery store will allow Amazon to carry products such as Coca-Cola banned at Whole Foods because of its ingredient standards and to sell products at lower prices than Whole Foods.

Comparatively, it can be more successful than the Whole Foods Market, but it may also change the current sales record of Whole Foods and deplete its current performance.

Due to this reason, the new stores will be located outside urban centers and designed to cater to a less affluent clientele than the yuppies who normally shop at Whole Foods.

It’s not new that Amazon has been trying to break into the $800 billion U.S. grocery industry since 2007 when it launched its Fresh grocery delivery service.

It expanded this grocery chain into more than a dozen cities before it acquired Whole Foods in 2017 for $13 billion.

Only three weeks ago, Amazon announced free grocery delivery for Prime members in more than 100 cities across the country, and it opened grocery pickup stations in its hometown of Seattle.

Apparently, Amazon told CNET that the store won’t use the company’s cashier less checkout technology from its Amazon Go stores, so it seems this grocery chain will have new Amazon branding.

The Woodland Hills store will be opening in 2020 and store may be housed in what was once a Toys R Us, based on Google Maps data.

Rather than constructing new building for this grocery, Amazon seems to rely on the previous positioning and location of that store to give them a head start.

Buying will be disaggregated from shopping One of the most important things that Amazon and the rise of e-commerce has shown the retail industry over the last decade is that shopping and buying are two distinctly separate ideas.

Shopping is about discovery and inspiration, while buying tends more towards convenience, immediate gratification, and efficiency.

Amazon has actually showed the whole world that, if people know what they want to buy, they want to spend less time as possible buying it.

Some people still like to do shopping rather than buying it online.

Amazon will enable them to cater these psychological reasoning and apply them in their new grocery store. If you actually go to a shopping mall then it does not mean you are there to do shopping and actually want to spend your time there.

Amazon has already addressed this issue by Amazon Go app.

You download an app, enter the store like you are getting on an airplane, take anything you want off the shelf, and just walk out.

It makes sense for Amazon to offer a convenience-style area of the store similar to Amazon Go for people who do not want to wait in line.

Computer vision checkout-free technology can certainly be installed in new grocery chain which will be much more effective than cashiers and self-checkout machines used by Whole Foods Grocery Store. If you look at the Whole Foods Stores, you can find out that they have electronic shelf labels which prices of products are automatically updated whenever a price is changed from a central control server.

You can only imagine the huge advantage new grocery store will have if it came with marked-to-market real-time with its online pricing by using new kind of technology, whether it be electronic shelf labels or even via consumers’ mobile phones.

Its competition will be certainly over without any doubt and its competitors will be absolutely annihilated.

Amazon certainly have a potential to enable these technological advancements in its new grocery chain.

Moreover, Amazon can experiment with ideas like those above within the consumer ideal which can be beneficial for its efficient and productive sales and revenue.

Despite its ambition, there are still many advancements to be made in Amazon’s shopping arrangement and grocery chain.

Amazon faces intense competition in this low-margin business from entrenched operators such as Walmart, Kroger and Costcothat have thousands of stores across the country and finely tuned supply chains to go with them.

If the arrangement and technological advancements are applied by Amazon successfully then it will create an enormous uproar in terms of commercial success.

It would be like the rap battle scene at the end of 8 Mile where B-Rabbit destroys Papa Doc. Amazon’s competition would be left in shambles.

You can also read: https://www.wikye.com/everything-you-need-to-know-about-walmarts-black-friday/ 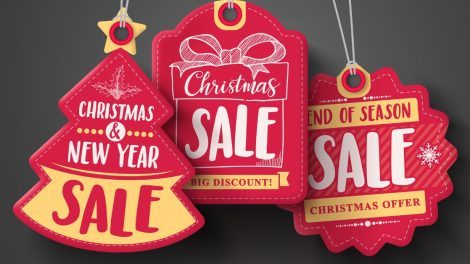