A three day weekend may seem a short time to discover things a place offers.

This sentence implements to those who lack time management ideas.

So, how about a perfect three day weekend in Brooklyn, a borough of New York City, US?

Brooklyn is a popular choice among the visitors from neighboring boroughs.

It is also a famous pick for the visitors from around the world, who are already in New York City.

So, metamorphose your three day weekend in Brooklyn into something extraordinary.

Also, don’t forget to take your feet along with your eyes into these glorious images of Brooklyn. Whole world knows this iconic bridge as the marvel of civil engineering.

• A walk across the bridge from Brooklyn to Manhattan will present you with a spectacular view of the skyline.

• Sunrise and sunset are two special occasions to stop by the bridge and stare at the sun.

The vibe is captivating and a reward for your attendance.

Also, make sure you walk in the right lane and avoid being shouted at. This park, which is just steps away from the Brooklyn Bridge, is an all-in-one park.

Undoubtedly, the park leaves you with varieties of options you could do there.

• While you are in this world-class waterfront park, you can’t skip peeking the iconic Statue of Liberty.

A spectacular panorama will drag you into quandary “When to stop staring at?”.

Also, the panorama includes the views of New York Harbor, the bridges, and the boat traffic. Coney Island resides in the southwestern part of its neighborhood, borough of Brooklyn.

It has been a hub for entertainment seekers from everywhere.

• Nathan’s Hot Dogs and the New York Aquarium are there every day to delight you. And since, Coney Island is the birthplace of hot-dog, a foodie can’t escape without having a bite. Dumbo is one of the neighborhoods of the Brooklyn Bridge.

• It provides visitors with the magnificent vistas of Manhattan, Brooklyn and Manhattan Bridge.

• Also, the statue of Liberty and New York Harbor look enormously beautiful from here, and different as well.

• Dumbo also presents itself as a cultural theater. Similarly, the art galleries and classical music elaborate its cultural richness.

• It is also a fine place for shopping. Prospect park is another beautiful urban park in Brooklyn.

A 10 minute ride from main area of Brooklyn borough takes you to the Prospect Park.

You may still want to hire a bicycle for a quirky sensation.

• The rather peaceful long meadow inside the park authorizes you to relax, or play games.

• Some hidden gems including the bubbling waterfalls will surprise you.

• If you have children with you, or if you feel you aren’t old enough, there’s Children Corner to grasp some fun.

• Similarly, Prospect Park Zoo is another piece of attractions inside the park.

• The Lake that acts as a mirror to reflect the greenery doesn’t mind being stared at. A 52-acre beautiful Brooklyn Botanical Garden is a further feature of Brooklyn.

The pretty garden is ready to wow its visitors from as early as 10 AM.

• The botanical garden is a clan of 12000 species of plants.

• Who can ignore a butterfly flying around a flower? You will see many such scenes there.

• Don’t blame us if you lost yourself in the fragrance the flowers gave off. The labels attached to the images on display ease your discovery of changing faces of America.

While you may not have sufficient time to go through and retain all the arts, you can still wonder yourself knowing you glanced at them.

Brooklyn has more to be discovered. Celebrating your three day weekend in Brooklyn is highly recommended.

We are sure you will thank us for this recommendation post your Brooklyn jaunt. You are welcomed in advance! 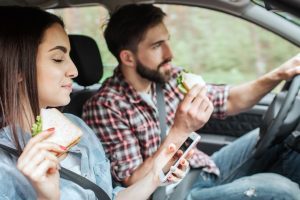 Adventure at its Extreme: World’s Most Dangerous Amusement Parks and Rides
Why Do People Travel to Same Destinations Again and Again